Who Is This Guy? (Kentucky Ed.)

Share All sharing options for: Who Is This Guy? (Kentucky Ed.)

On the Radio Program last night we asked our friend Glenn Logan from A Sea of Blue, SBNation's Kentucky Wildcats Community, to name a player that, perhaps, we were overlooking.  Boy, did he.  He only let us know that Kentucky's leading receiver is not, in fact, Randall Cobb, but, instead a Junior College transfer, who kept it low-key last year, but has turned in some solid performances for the Wildcats this year.

Our mystery man was called the "star of the preseason" by Chris Lowe ... last year, and that did not exactly pan out.  After that disappointing year, Joke Phillips told him to "play his way into being a draft pick."  It must have worked.  The Los Angeles, Calif. native wasnamed a captain for the game against the Rebels and may well live up to that honor against a banged-up home secondary.

Okay, so he's pretty good.  But, exactly, who is this guy?

He's Chris Matthews.  And you would have known that if you listened to Red Cup Radio. 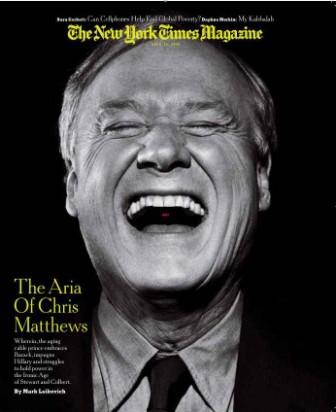 HAHAHALOL!  NOT ME!  I play Hardball, not football.  Also, your color scheme confuses my political sensibilities.

Matthews, you might be thinking, is just a product of Kentucky's gelatenous early-season schedule.  Not so fast, my friend.  The senior turned in the game of his career, catching two touchdowns and totaling 114 yards, against Florida.  Not in garbage time, either.  Matthews caught the first score on a pass from Randall Cobb in the second quarter to bring the 'Cats to 21-7, then caught another after the half to make it 28-14.

With 228 yards on the season, Matthews is 11th in the SEC in receiving yards (Cobb sits right behind him with 227).  He could easily make his way into the Top 10 this weekend.  Then everyone will know about him.