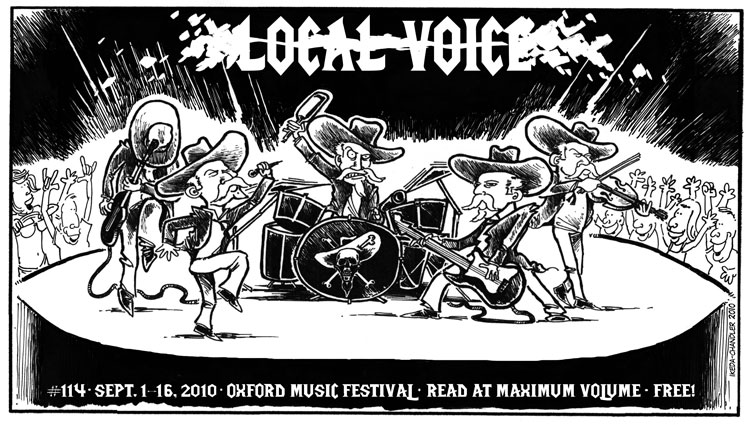 This week for The Local Voice, we bring you Part VI of our season preview special "Six Drinks; One Cup," where we take a look at the Rebels' schedule.  We can't remember whether or not we considered Jeremiah Masoli when we wrote this.  We've been drunk since January, telling ourselves that we'd sober up for football season.  But we were probably drunk when we made that promise to ourselves, so it doesn't count.  Drinks are on you in the Grove!  If you're still there, click the Rebel soldier for the TLV website or click the jump; either way, we'll talk about football!

After serving up some Kentucky Straight Offense, some young blue-tinted Special Teams, and a bevy of other beverages, fit to get you tight, we have come to the end of our six-part season preview "Six Drinks: One Cup." If you’ve been following along, you should be pretty wasted right by now, maybe even drunk enough to talk about Atlanta or Heisman or a season free from criminal conduct. But we’re not done yet. We’re going to do exactly what you might do when you return to the Grocery for the first time this fresh, new semester: in a drunken stupor, we’re ordering a glass of fine, old scotch.

What Scotch are we drinking? McCallan 12, son. It’s a mid-range, every-day type of Scotch that, staring in a few years, will be available in batches that have been hanging out in old bourbon casks since Robert Lane was a five-star recruit. We think McCallan 12 is, sort of like our football schedule, and we consulted one of our favorite blogs, www.boozebasher.com, for some quotent quotables.

"When first cracking the bottle and taking a whiff, The Macallan 12 year reveals a light and pleasant fragrance."

Light describes the front-end of the Rebels’ schedule about as well as any word can. Many prognosticators give the impression of being awfully bullish on the Rebels because they expect that Jacksonville State, Tulane, Fresno State, and Vanderbilt will provide little challenge for the Rebels and their strong defense, run-oriented offense, and comparatively northern geography (41-27!). If the Rebels beat Kentucky in Oxford – a thing that they haven’t failed to do since a 17-24 setback in 1978 – they ought to have the pleasant fragrance of a 5-0 record, leaving them one tiny little win away from being bowl-eligible.

Boy howdy! This whole ‘scotch’ thing is as easy and refreshing peppermint schnapps! Let’s read some more about this light, refreshing beverage.

"I wouldn’t call the taste harsh, but it is definitely forceful when you are expecting something light and subtle, [which] places The Macallan in a category I have christened ‘Man-Scotch.’"

Forceful is what you call the pre-season top-ranked Alabama Crimson Tide, the sixth opponent for the Rebels in 2010, when you are trying to describe it to children without scaring them. After experiencing the singular joy of the Tide in Tuscaloosa, Hootie and the Gang go somewhere that does taste (look, smell, etc.) pretty harsh – the foothills of Fayette-nam, where Ryan Mallett will continue to treat opposing secondaries like the patients he met this summer at Gentle Paths.

After that – the most difficult two-game stretch anybody in the conference will face all year – the Rebels enjoy a sweet, mushy UL-Laff sandwich with a slice of Auburn and Tennessee on either side. Year-in and year-out a six-week stretch that includes Alabama, Arkansas, Auburn, and Tennessee will be a punch in the gullet if you let the citrusy aroma of the first five games delude you. Got to be prepared because if you let it, that first swallow is going to knock you down, and you’ll miss the finish.

"The aftertaste is one of the more pleasant aftertastes that I have experienced from a similar Scotch in the same price range. It really made my tongue happy and kept me thirsting for more."

Honestly, boozebasher, you freaked me out a little with the "made my tongue happy" rhetoric, but it’s your whiskey review. The point is, like a road trip to Baton Rouge, some good cow-burning after winning the Battle for the Golden Egg, and an SEC bowl game not set in Birmingham, the finish to Scotch is the best part. We predict that a win over either the Tigers or the Bulldogs will give the Rebels their seventh win for the 2010 campaign, ending in a Thursday night in Nashville for the Music City Bowl to face the sixth selection from the ACC (a team, likely, to have spent at least one week on the carousel that is "Favorite to Win the ACC").

If you had to peg us down to picking each game, we’ll take the road of least resistance, calling wins against Jax State, Tulane, Vandy, Fresno, Kentucky, UL-Laff, and State (a real murderers row, huh?) and losses against Alabama, Arkansas, Auburn, Tennessee, and LSU. But, let’s be honest, when it comes to predicting the outcomes of Houston Nutt teams against a slate of opponents, you’re better off asking your grandmother to surprise you with a drink from the bar. Boxes of chocolates are banal and boring; it’s with Houston that you really never know what you’re going to get.

That’s what the bar is serving, sports fans. Pour yourself a big red cup of your pleasured poison, and we’ll see you in the Grove.