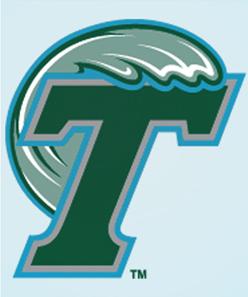 Yikes. Just when I thought I was picking a sure thing and could finally get a game prediction right, well.... something happened. We don't need to go into detail about that.

Bob Toledo is the head coach of the Tulane Green Wave, and he hasn't done so hot. In his first three years in New Orleans, Toledo has gone 4-8, 2-10, and 3-9. In Tulane's opener last week, Toledo's squad won a squeaker 27-21 against Southeastern Louisiana, in which the Green Wave were outgained by an FCS squad who turned the ball over four times. To say that the seat is hot is probably an understatement.

Still, as I mentioned, we didn't have such a great outing last week either. Should we be worried? Find out more after the jump. Again, these will be longer once we get to games about which I care.

Toledo, on paper, is outmatched in most facets of this game. Let's hope that's enough.

When the Rebs are on Offense:

I assume we will continue to use two quarterbacks, and Jeremiah Masoli figures to get the most reps of the two. That's disheartening to me because I really like watching Nathan Stanley in the pocket. Jeremiah Masoli is electric though, and Tulane's defense probably isn't accustomed to defending a running quarterback who can make plays with his arm as well. Two years ago, when Tulane played against UAB, Joe Webb ran for 130 yards and three touchdowns. While I don't expect that type of game from Masoli, I do think Tulane could have trouble getting him on the ground. Trent Mackey, a sophomore linebacker for the Green Wave, had thirteen tackles in the win against SELA, but the Lions' starting halfback, Zeke Jones, still managed 5.1 yards per carry behind a suspect line. Brandon Bolden should eclipse the 100 yard mark again, and I actually expect him to do some legitimate damage to Tulane on the ground. We won't be able to run up the middle well, especially since Rishaw Johnson was kicked off the team, but our outside runs killed Jacksonville State, and I expect the same against Tulane. I do hope that Jeff Scott gets 5-10 carries assuming he's healthy enough to do so. I want to see whaqt that guy can do with a legitimate chance to move the ball. It's difficult to really tell how our passing offense will work since we don't know much about our quarterback situation, which receivers are actual go-to guys, or really anything about Tulane's secondary.

When the Rebs are on Defense:

Orleans Dwaka, a perfect blend of Tulane's location (New Orleans) and student body (star wars geeks.... oh wait....), ran a lot last week and garnered some praise from his head coach. I'm not too concerned about him though, since SELA's defense held him to 3.9 yards per carry. Perhaps he did more than we see from the stat line, but I certainly didn't watch this game, so I really don't know. Tulane appears to run a power-running spread offense, but their quarterback isn't a runner, so I really don't know how that works. This spread look will see lots of three receiver sets but apparently not very many four or five sets. That's good. We have three decent cornerbacks. We don't have four. With Lockett's return, we should see a dominant performance from the front four, coupled with (hopefully) a better outing from a linebacking unit that looked lost in space last Saturday. Tulane will probably score a touchdown or two, but I wouldn't be shocked if they didn't.

If Tulane wants to beat us:

They should throw... a lot. Throw to the flats, and throw behind linebackers. Apparently we can't defend either of those even when we know they're coming. On defense, they should lure us into a false sense of complacency then tighten up in the second half and worry us to death.

I don't expect us to let up if we build a big lead at halftime. That's the worst thing that Nutt could do. He needs to give this team a killer instinct that they didn't show against Jacksonville State. We can't back down just because we're up. We have to kick them while they're down and then spit on them.