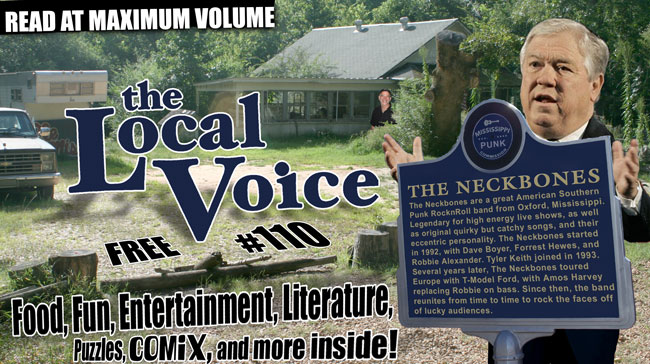 We're still talkin' bout booze and football. This edition of RCR via TLV was written by none other than yours truly.

As with our first installment of this, a six-part season preview, we at Red Cup Rebellion will combine our writing abilities and drinking proficiencies to create loosely applicable analogies to hopefully impart to you a better understanding of our Rebel football team and our expectations thereof for the upcoming season. And, hey, we want to excite you. We're excited, by golly, because we're talking about Ole Miss football and, in the heat of the Summer, there ain't much else on our Rebel minds.

So here's part two of our preview: a look at our Rebel defense and how it, for good and for bad, is a lot like taking shots of Jägermeister.

Meaning "hunting master" in German, Jägermeister is a type of schnapps consumed by very few and enjoyed by even fewer. Some like to drop it into a glass of Red Bull, and others like mixing it with all sorts of goofy ingredients to make fancified libations of it. But there is only one way to appropriately drink Jägermeister: shots. Several of them. In a row.

So go ahead and get yourself a shot of Jäger. You've got a dusty bottle of it somewhere in that there cabinet or, heck, if you're reading this over your lunch at Ajax, just ask the bartender to whip one up for you. We'll be right here whenever you're ready.

Got your shot? Great. Take it. Rough, wasn't it? It overwhelmed you and, with authority, charged right down your throat and into your gut, landing with a thud. You're struggling to contain it, are you not? You can feel it in your mouth, nostrils, throat, and belly. What this shot did for you is exactly what our defensive line will do to opposing offenses. Jerrell Powe and Ted Laurent are both big-bodied, strong, powerful defensive tackles with tons of experience. On the edge, Kentrell Lockett is the star of our defense and is certainly one of the most talented defensive ends in the Southeastern Conference. Wayne Dorsey is a newcomer junior college transfer at the other defensive end spot but, at six-foot-eight and 255 pounds (that is hardly a typo, skeptical reader), he has the size necessary to maintain the status quo on the defensive line.

And not only are our starters excellent linemen, but their backups are nothing to overlook. We're deep at these positions, something which has become a hallmark of Rebel football as of late and, with the way Houston Nutt has been recruiting, we look to maintain this depth for several seasons to come.

So a shot for each defensive lineman-one, two, three, and four-take you over viciously and with an attitude. Now you're dizzy, scared, and praying for an end to this agony. But the end isn't coming just yet. We've got linebackers to discuss. Jonathan Cornell has been a solid contributor for several seasons now, and provides the leadership and experience one needs at the "Mike" or middle linebacker position. His backup, who should see plenty of playing time this fall, is D.T. Shackleford, one of the most intelligent players wearing a Rebel uniform. If it weren't for Cornell's abilities and experience, Shack would undeniably be our starting middle backer. At the "Sam" spot on the strong side of the field is senior Allen Walker, whose size and experience make him the perfect counterpart to our "Will" backer, the diminutive Joel Kight. Kight, while small and only a sophomore, is a raw talent who has proven to be a very heavy hitter for his size. These linebackers aren't exactly a group of Patrick Willises, but they're quite good. So three shots down the hatch.

How are you feeling now? Can barely stand up? Is your body shaking a little bit? Are you cross-eyed? Good, because these next four shots will now taste like candy to you. Our secondary is athletic and promising, but with only safety Johnny Brown returning with any significant playing time, our defensive backfield seems like it will once-again we the weak-point of a damn strong defense. This isn't to suggest that our cornerbacks-notably Jeremy McGee, Marcus Temple, and Charles Sawyer-are not capable of playing SEC ball. They are, we just haven't seen it yet. Alongside the aforementioned safety Johnny Brown is Damien Jackson, a former teammate of fellow junior college transfer Wayne Dorsey. Jackson has been lauded by the coaches for his tackling ability and knowledge of the game. So these four final shots of Jäger slip easily out of their glasses and into your inviting, gaping maw; not because our secondary isn't good, but because you were somehow able to survive the front seven. If opposing offenses can endure the punishment put out by our defensive line and linebackers, then they can surely take advantage of our secondary.

But, even after conquering the Rebel defense/eleven shots of Jägermeister, you're going to hurt tomorrow. Bad. And probably the day after, as well.

Next up in the next issue of TLV: Part III - Special Teams