Y'all know this doesn't need an introduction anymore. Really quickly though: these are all from the Clarion Ledger comments threads - the best thing to hit the internet since at least Twitter - and have all popped up in the last day or so regarding Jeremiah Masoli's landing in Oxford to play his final year of NCAA football.

ALL OM FANS ANDS COACHES THAT WANT THIS THUG ON CAMPUS ARE IDIOTS!! ALL OTHER OM FANS ARE FREINDS OF IDIOTS! GO AHEAD OM YOPU CANT HURT YOUR DESPREATE REP ANYMORE THAN YOU HAVE WITH POWE AND OTHERS!! om THE UNIVERSITY OF DESPERATION. HECK WHY NOT GO TO JACKSON AND RECRUIT THE KIDS THAT WERE ARRESTED ON HOME INVASION, THEY DESERVE AS MUCH OF A CHANCE AS DOES THIS THUG! WHAT IDIOTS!!! jOHNVAUGHTS OLD ROTTING A$$ IS FLIPPING IN HIS GRAVE AT THIS!!

Ole Miss: The University of Desperation does have a bit of a nice ring to it. And I would totally go to Jackson and recruit the kids that were arrested on home invasion (I'm not exactly sure what he's referencing here) if they could catch and run a 4.4 40.

You are soooo wrong...I hope you get the classless thug and he'll fail just like the rest of OM QB's. Manning was great, Romero Miller had more class in his little finger than this jerk has overall. The rest were DUDS! Bet you a bag of M&M's this guy won;t last a year in the red clay hills of MS.

Of course, we only need for him to last six months or so. Then he can go on and do whatever the hell he wants. And if a bag of M&M's is on the line, I'll take you up on that bet, sir. Furthermore, I'm entirely certain this is a State fan typing - although I am given pause by the lack of TSUNerry - which would really hurt his credibility of pronouncing Ole Miss quarterbacks "duds." Even Jevan Snead would be the best quarterback to ever play in Starkville.

If Masoli comes to Oxford, we have a our new mascot, a dope smoking Samoan warrior. 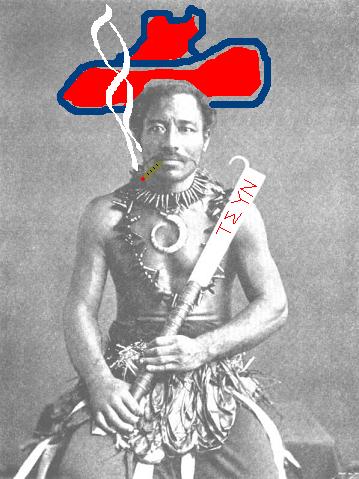 This guy really looks the part, and I aint talking about that of a quaterback....Should add some real class to TSUN.

Okay, people have given me shit (here and elsewhere) for trying to suggest that many of the people who bash Masoli are, if not motivated by, certainly influenced by the guy's race. So this poster, an obvious Mississippi State fan, suggests that Masoli "looks the part" and not "that of a quarterback." The part of what, you ask? A "thug" is what I'd assume this guy to say.

The picture of Masoli used on that ClarionLedger.com article? 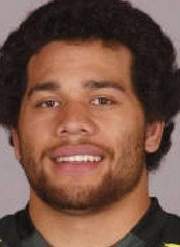 This is what "looks the part" of a thug? Once again, tell me that race is not a factor in the, frankly, disgusting and ignorant criticism of Jeremiah Masoli? NOTICE: I am not  suggesting that every criticism or critic of Masoli's is racially motivated, but one simply cannot plug one's ears and deny that it has a somewhat significant factor.

I... I just... I don't even know where to go with this one. So he's a dope smoking Samoan thug who is a potential "dud" and has a figher's chance of being gay (note, Wikipedia says  that only 15% of San Francisco population is GLBT - likely a shocking statistic to this commenter, were simple mathematics something which he could reasonably get a mental grasp on). Oh, but it doesn't stop there, folks. Nope, shit gets reaaaaaal wierd here.

This is out of hand. The guy is a Samoan American. That means his ancestral family is from the South Pacific. It's pretty incredible how if you show a bunch of Jacksonians over the age of 50 (an easy 75% of the Clarion Ledger's readership base) a picture of a slightly-darker-than-tan guy with curly hair from San Francisco who has been busted on burglary and weed possessin', all sorts of wacky guesses will come out about the guy's history.

And even if Masoli were Jewish, even if he were gay, who cares? You know what really matters here? Whether or not he can ball. Oh, and if he's a nice guy or not - but really that's secondary. Score points Masoli, you homosexual Jewish dope-smoking Somoan you.

And no Message Board Idiot's post is complete without some reverse finger-pointing. As they say, people in glass houses...

the bullpups are a joke, they recently tried to get the same kid to go to mooooo u but he turned them down because " they have no chance of winning" so quit being sour grapes, " double-losers", TCCDBTUOM, for most of you necks, the great Bear Bryant " the "cow college" down below THE UNIVERSITY OF MISSISSIPPI!!! but WE DO LOVE YOUR CHEESE, HAHAHAHAHAHHAAHA Also, we are hearing rumors that pups may be in trouble( NCAA ) illegal recruiting, over their courting of Mr. Newton, the new Auburn QB, they are at the plains right now!!! What do you think the QB's at Cow-U think ? 1St Mullet head goes after Cam, then Masoli BOTH turn cow u down. I thought cow u had people beating down the door to play for the pups, hahahahahahaha , Who let the dogs out !! meow, meow!!! Get your facts straight you peckerheads!!!!!! go to your own little sand box and play! Dogs will be 0-4 and the dogs will be wanting to fire Mullet, but if he wins one game the pups will be happy.

I showed this to One Man in Google Chat today. He replied with "Good God... Is this man on cocaine?"

And finally, I end with the most non sequitur and bizarre comment I may have ever stumbled upon in a Clarion Ledger comments thread.

If there's Ole Miss Cheerleaders stripping in Memphis, then I need to know about it.