Rodney Scott and some guy named "Elmer" got tossed in the clink yesterday for scufflin' in front of the Turner Center. The cause of the scuffle? Elmer keyed Scott's car.

Scott apparently saw or learned of his car's vandalism, learned of who had done it, and wailed on the guy. This really is a non-issue. In an SEC offseason colored by an athletic director swervin through Atlanta with some floozie's panties in his lap and a barroom brawl in Knoxville which left a cop in critical condition, Rodney Scott losing his cool on the guy who defaced his whip is nothing.

And if you saw exactly what was done to Rodney Scott's car, you'd completely understand. 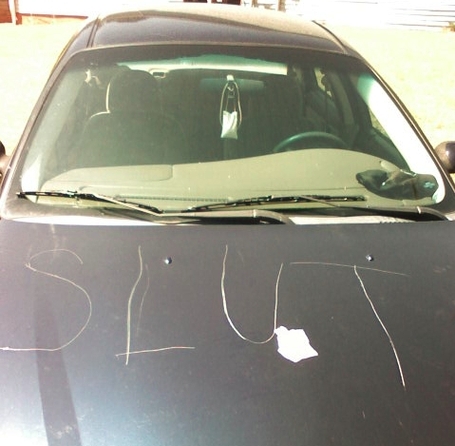 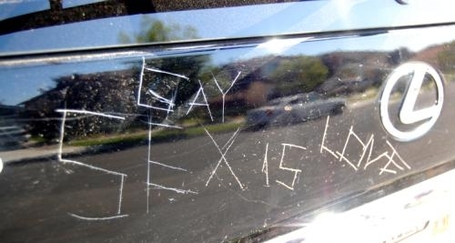 Well, I can't necessarily say I disagree. But why post this message here, on my automobile? 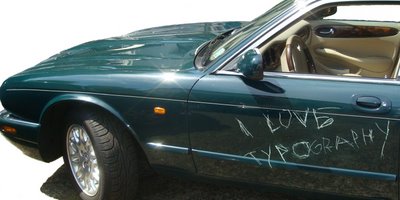 Typography? TYPOGRAPHY?! If there were a more uninteresting, nonsensical study of design or language I would be interested in learning of it! One would be hard pressed to discover it, of that I am certain! ELMER! You know I am an ethnolinguist! TYPOGRAPHY IS BULLSHIT, SIR!

Really folks, I mean it - this isn't that big of a deal. A guy's car was vandalized and the guy caught and retaliated against the vandal. This isn't entirely out of the ordinary, especially on a college campus. Men between the ages of 18-24 tend to do really dumb shit. I am living proof of this eternal truth. As such, I shan't judge Rodney Scott for this.

Let's hope he learned his lesson and, in the future, doesn't get too hot-headed over trivial matters. And let's also hope that the guy he socked feels it for a few days because, c'mon, keying somebody's car is a pretty shitty thing to do.