The clash of the titans. Jerrell Powe and Michael Oher have provided outstanding athletic accomplishments and memorable cultural fodder to Ole Miss fans for the last five years. Oher established himself as a force in college and now in the NFL. Powe seems destined to do the same.

What makes Jerrell Powe greater than Michael Oher? While Oher's story has been made a movie, Jerrell's odyssey to Ole Miss could make just as compelling a motion picture (or maybe a documentary about an over zealous NCAA). Powe will enter 2010 as a preseason All America selection and a potential first rounder. To top it all off he leads the unit for which Ole Miss has become best known in the Nutt era. Of course, he has one nagging drawback when it comes to this competition: he didn't spend one full season during the decade in question as a starter for the Rebels. When all is said and done, Powe might be a more fitting candidate to be the Red Cup Rebel of the Next Decade. 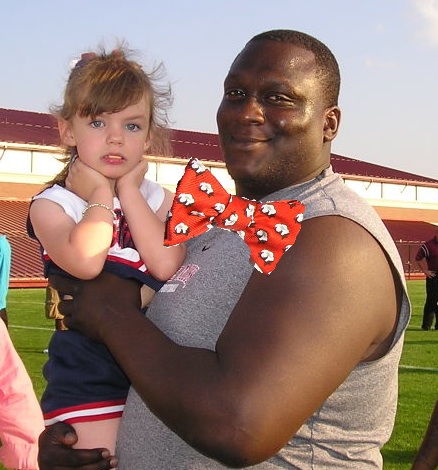 What makes Michael Oher greater than Jerrell Powe? Besides being an All American first round draft pick whose absence proved to be the most gaping hole the Rebels could not fill in 2009, Michael Oher smashes the competition in the category of "pop culture." The Blind Side gave Ole Miss great exposure, and Oher is a top-notch ambassador for the program.