A Place to Talk About Expansion, or "Why Is Everyone Losing Their Mind All of a Sudden?"

Share All sharing options for: A Place to Talk About Expansion, or "Why Is Everyone Losing Their Mind All of a Sudden?"

It seems like only yesterday that the ACC made its then-radical power play to add Florida State's natural rival and two other teams so that they could have a championship game (which has turned out to be a real hot ticket!).  The SEC and Big XII had such fun with theirs.  Even Conference USA and the MAC had found time to fashion one out of conference piracy and brand new FBS teams.  This season-ending pre-bowl/proto-playoff is a right of existence, and no one begrudged the ugly scene Jim Delaney was about to have to make of the Big East (unless, you know, the Catholics decided to play ball). Somebody had to be left out in the cold, and it isn't fair to make the Big Ten be that somebody just so Connecticut can "play" football in their "stadium" in front of "throngs" of screaming "fans" at 11 a.m. on ESPN2.  Note carefully which parts of that sentence aren't in quotation.

The Big East was an acceptable casualty of war.  But, then, those Yankees had to go all "Bush Doctrine" on us and declare preemptive war on the college football landscape as I've, pretty much, always known it.  (Dirty secret:  the 1997 season is the first one where I really became conscious of college football.  Am I proud of the fact that I didn't care about the sport until I was 13?  Of course not, but you deserved to know.)  While the sort-of-necessary ACC-inspired round of realignment at the beginning of this decade altered football some, it pales in comparison to what they're talking about now.

Texas is a "West Coast" team?  Kansas only hope to be in a BCS conference is to be picked up by the Big East?  Enough people still give a shit about Notre Dame that they can swing their own T.V. deal? 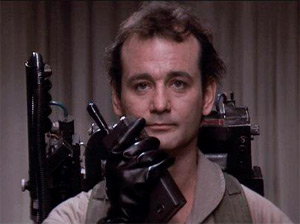 Since when were athletic administrators proactive?  And where exactly is the NCAA in all this?  Not that I want the people who brought you the end of Dez Bryant's career in charge of how this thing plays out, but I am positively shocked that the good folks up in Indiana aren't trying to direct some of this chaos.  And nothing from the BCS people, either?  Or the committees that run the bowls with whom these conferences have affiliations?

Some people are lamenting the ever-widening gap between the haves and the have-nots.  That's not me.  Boise State deserves neither my Christian charity nor my liberal social conscience because this is football.  It's not the most important stuff in life.  So, moral outrage at Tom Osborne for blowing up the Big XII is not what I am driving at; in fact, it's a pretty irrational misplacement of priorities.  What will Kansas do?  Who cares?!  It's not like Kansas is a person about to be thrown out in the street!

My question, really, is "Why now?"  Why is everybody going crazy right now.  Does Texas really think that it has to make a move or it's going to lose its competitive edge?  Business decisions are all about weighing risk and opportunity.  And, somehow, the risk here seems pretty big to me.

All in all, I just can't quite believe this is all happening.  Doesn't the college football world being contemplated kind of sound like some crazy thread on the Spirit boards?  The game as old as time is for people to sit around thinking, "What if the conference looked like ..."  It's pretty crazy to think that athletic directors and conference commissioners have been sitting around playing that game, too - and coming up with even wackier scenarios than all of us.