Share All sharing options for: Going, Going, GONE! is the SEC West lead

Dave Van Horn's Hogs put on an offensive clinic in two games this weekend, and Aaron Barrett stifled them in the other contest.  With the series, the Hogs have a two game lead (one + tiebreaker) on the Rebels.  If Ole Miss wants to stay in the mix in the West, they have to learn how to hit the ball as they haven't scored in 16 straight innings. 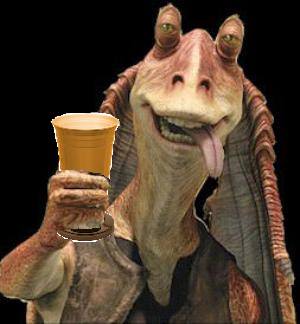 Going...The Rebels fell on Friday night by a score of 11-4.  The crucial moment in this game was Brett Eibner's 3-run homer off of the batter's eye.  We were leading 2-1 with seven outs to go in the game, and Pom served one up.  It was Eibner's 17th of the season.  With a man on third and two outs, Bianco had Pom intentionally walk left-handed hitter Zack Cox who was 3-3 on the night with three singles.  Up stepped the SEC home run leader and right handed hitter Brett Eibner.  He hit it long and far.  Bianco proceeded to pull Pom and put in Matt Crouse who gave up a two run homer the next inning.  In the eighth, Matt Smith went yard to score two runs.  In the last frame, Rothlin entered to pitch batting practice.  In Bianco's second brilliant series of coaching decisions of the night, he had Rothlin pitch to Zack Cox and Brett Eibner.  They were both reached, and Bianco had Rothlin walk the .280 hitter (yes, you read that correctly.  Bianco pitched to two of the best hitters in the SEC to intentionally walk the .280 hitter).  Then, Dave Van Horn used pinch hitter Travis Sample who proceeded to hit a grand slam.

Going...The Rebel bats stayed cool for the second straight day as they only offense managed by the Rebels occurred in the first two innings.  Matt Smith hit a two run homer in the first, and he had an RBI single in the second.  Both of Smith's homers on the weekend were to right field.  Aaron Barrett was sensational.  He pitched eight nearly flawless innings and only gave up a solo homer to Zack Cox.  Brett Huber entered in the ninth, and he earned his SEC leading 8th save.  Huber gave us his normal scare with one getting hit to the wall.  Dave Van Horn again pushed the right button at the right time and put in pinch hitter Tom Hauskey who hit his first homer of the season.  Huber then got Travis Sample to ground out to end the game.

Gone...The Mother's Day Brunch at The Inn on campus was more exciting than the Rebel offense on Sunday.  Also more exciting were the messages from the players to their mothers.  "Hi, I'm David Phillips, and I want to wish my mother a Happy Mother's Day.  She always has something to say to brighten my day!"  Well, David, I'm glad she does because there is no way you could deal with your .180 batting average in SEC play otherwise.  Dave Van Horn made yet another great coaching decision by starting Mike Bolsinger.  Bolsinger pitched in Friday night's contest and gave up a homer to Matt Smith, and he left after getting hit in the leg by Snyder's sharp grounder.  Today, he was nearly un-hittable.  He only allowed two hits in eight innings.  David Goforth had his best outing in a while.  Over the first four innings, he only allowed one run and retired Zack Cox every time he faced him.  He allowed two in the fifth and another in the sixth.  In the seventh, Bianco left him out to dry and he gave up two more runs (one earned).  Tracy entered and allowed one more run.

Thoughts... It was painfully obvious this weekend that Arkansas was the better team.  They hit for power and have good averages.  As evidenced by the ten runs in the last three innings of the Friday night game, they can score in bunches.  Their pitching had been shabby, but Van Horn has continued to tinker with the rotation.  The Hog staff responded and only allowed 7 runs all weekend.  Also, they pitched 16 scoreless innings and lowered our SEC batting average a full ten points to .273.  On two occasions, Van Horn put in a pinch hitter that hit a home run.  On Friday, Bianco intentionally walked a batter.  Both times, the following hitter smacked a home run.

Some of you are okay with losing this series.  "But they have Zack Cox and Brett Eibner" you may say.  My question for you is, where is our Zack Cox?  Where is our Brett Eiber?  Yes, I realize Snyder is hurt, but he's just a .300 hitter in the SEC with less than 10 homers.  Matt Smith only has 5 homers in SEC play.  As I have tried to explain time and time again, it is Bianco's responsibility to recruit those players.  Look at our line-up from Sunday's game:  Ferguson .327, Yarbrough .230, Smith .291, Miller .319 (our 4-hole hitter that has one homer), Hashman .267, Hightower .275, Hamblin .191, and Matthis .267.  If it had been Phillips, it would've been someone with a .180 average.  How the heck do you expect to win the SEC West with two viable starters, a starter, and a batting order that cannot score runs to save their lives?  Remember whose fault it is when we have the weakest hitting team in the conference.

We're mediocre, folks.  We exposed LSU, swept state like almost everyone else this season, and got brought back down to earth by a quality Arkansas that will likely end up in Omaha.  To make it even worse, Drew Pomeranz has a pectoral strain and Matt Snyder's should is still bothering him.

What happens from here, BWE?  Luckily, Arkansas has to play South Carolina and Vanderbilt.  Both teams have pitching that can match Arkansas'.  It's certainly possible that Arky will catch fire and finish 20-10, but I'm not sure.  Auburn is now tied with us after sweeping state this weekend.  They host a Tennessee team that has won three straight series, and then they travel to Oxford to play home run derby with our bullpen.  It's possible that they will sweep Tennessee.  Nonetheless, the regular season finale will determine second place or possible first place in the West.  We need to win the next two series to have a remote chance at hosting a regional.

On Deck:  Arkansas State on Wednesday in Jonesboro