Share All sharing options for: On Deck: Ole Miss @ Georgia

The Ole Miss Rebels look to rebound from their three game losing streak this weekend in Athens.  Meanwhile, Georgia is trying to recover from being atrociously bad this season.  All you ever wanted to know and more after the jump. 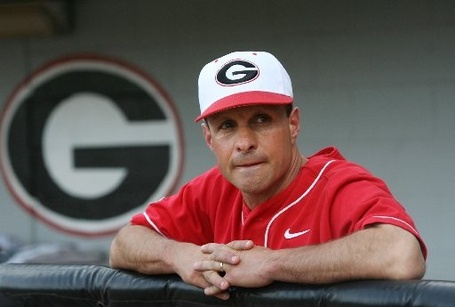 What's that, Dave?  You went to Omaha 3 times last decade?

After rising as high as number #1 in the nation last season, Georgia could not be further from it this year sitting at 10-19 (2-7 SEC).  They were swept in the midweek by #16 Clemson.  If the Bulldogs don't catch on fire, Perno is in danger of having only his second losing season at Geogia, the other coming in 2007.  Not only did the Dawgs lose a lot of players from the 2009 team, they had an off-season tragedy on campus.  Freshman Chance Veazey was projected to start at 2nd base, but he was the victim of a scooter incident on campus.  Now he is confined to a wheel-chair and will throw out the first pitch on Saturday.  If you will be in attendance, be sure to cheer him on.

Pitching match-ups (I'm only including SEC records and stats)

Predictions: As bad as this team is right now, it is better than Georgia.  I doubt that the Rebels will sweep in Athens, but we'll take the series.

What are your thoughts?