Written by none other than Brian Walker's Elbow! Yippee! 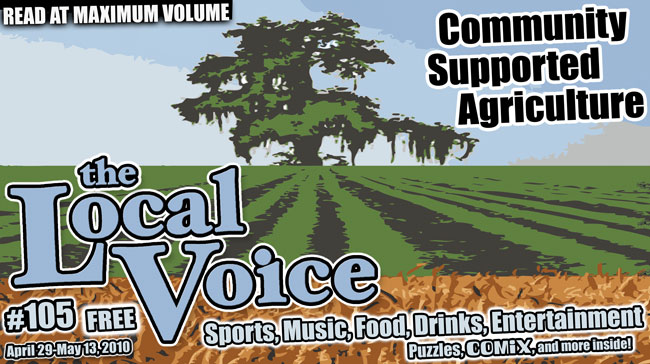 The State of Bianco's Boys

As Kevin Mort's walk-off single was flying through the air Sunday evening, every Rebel fan in the stadium had already begun celebrating a rare occurrence: a baseball sweep of LSU.  Alright, it's not incredibly rare; it happened in 2006, but that was then--Smoke Laval was the coach and their program was at a 20 year low.  This sweep was "now", against the reigning SEC co-champions, tournament champions, and College World Series champions; a team which, at the time, was ranked as the fifth best team in the nation. There is nothing sweeter than sweeping your chief rival, especially when said rival was supposed to mop and wax the floor with you.

Many naturally left the stadium excited about the prospects of how this year could turn out. After losing valuable pitching and senior leadership to graduation and the professional draft, this season looked every bit the part of a rebuilding year. Fans were frustratingly accepting of this, but then this weekend happened.

"Maybe we are this good of a baseball team! Maybe we can get back into the heat of postseason play!"

In the back of my mind, I could not help but think of the Sunday win in South Carolina two weeks ago which broke our six-game Sunday skid.  The players themselves believe that game to be this not-yet-finished season's turning point, and they completed an undefeated week immediately thereafter to prove their suspicions.  But, I cannot help but wonder who exactly this team is?  Is it the one which was an impressive 20-6 before April began or the one which compiled a 3-7 record between April Fool's Day and that Sunday in Carolina?

The answer is probably somewhere in between, but let's look at some of the tangible and intangible aspects of this ballclub in order to decide.  During the April funk, the Rebels could not buy a clutch hit, find a competent pitcher in middle relief, nor do anything right on Sundays.   Last weekend, however, it seemed as if no one could do anything wrong. The pitching was not excellent, but it was not awful; the bats were red hot; and the team's overall mentality and swagger was back in form.  As I see it, there are three aspects of our overall game against LSU which were distinctly different than in weekends past, and if we want to continue to win, we have to maintain these qualities.

The Rebel offense, which had averaged 3.8 runs per game in its skid, broke out against one of the best pitchers in the country in the Tigers'  Anthony Ranaudo.  In the first two innings of the first game, we scored more runs than in any other game in the entire month of April.  A healthy Matt Snyder following Matt Smith in the order makes our offense more potent that it has been in a long time.  Tim Ferguson leads off our order with the ability to hit the occasional homerun or double.  If he only gets a single, he will more than likely steal second base.  Kevin Mort has the ability to be the two-hole hitter because of his discipline at the plate and solid swing.  After Snyder, the team's RBI, Zach Miller, leader is hitting in the fifth slot.  Of the bottom four in the order, Alex Yarbrough and Taylor Hightower bring swing hitting flexibility to our line up.  With the last two spots, Bianco is able to platoon Taylor Hashman, David Phillips, Miles Hamblin, and Tanner Matthis.  But these are the same guys we've used all year which begs, "why we were more effective this weekend with virtually the same players?"

Baseball is a very mental game, and bad vibes are infectious.  Bad play on Sundays crept into every aspect of our team's play.  We began fielding, pitching, and hitting poorly.  When we finally snapped out of the funk on Sunday and won a tough one against the Gamecocks, we had enough confidence to give us some momentum.  Two nice midweek wins and a healthy Matt Snyder-he has a chronically injured shoulder-later, LSU came to town. At that point, were ready to be giant killers.

Lastly, our players were finally, and simply, doing their jobs simultaneously.  To be successful in baseball, all nine players on defense have to be competent.  Matt Smith is doing well in right, Ferguson has made athletic plays in center, and Hashman is great defensively in left field.  On the infield, Mort is dependable, Miller has a knack for making the tough through to first on the slow roller, Yabrough can make the routine plays, and Hamblin has the defensive side of things locked down.  Hightower is not going to wow anyone defensively, but he has a nice combination of offensive and defensive prowess.  And even when Drew Pomeranz and Aaron Barrett struggled, our bullpen stepped up in ways that it had not all season.

Can this level of play continue?  It is very difficult to say that this offense, confidence, and competence will be present during every one of our last 15 games.  However, I think this team is in position at the right time to make a run at the SEC West crown.  We will need a good Arkansas club to fade down the stretch, but it is possible.  If we win seven of our final 12 SEC games, we will more than likely be watching baseball in Oxford in June.  First things first though, let's go sweep State this weekend! Hotty Toddy!