On Tuesday evening, my wife and I ate dinner and headed up to Autozone Park in Memphis.  We were planning on a delightful evening, but Bianco and the boys would make sure that wasn't possible. 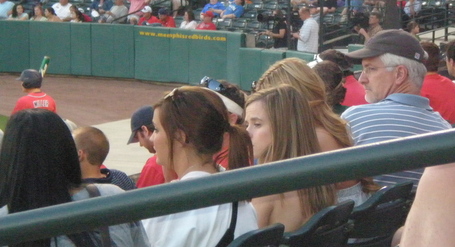 Mike Pomeranz, right, curses under his breath at the sorostitues that came and sat right next to him. 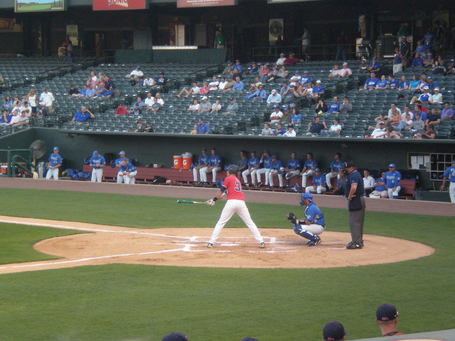 Mike Snyder at bat, preparing to fly out to end the first

A reoccurring theme with this team is that they are unable to have a big inning.  When we finally do load the bases, we have two outs and get to someone in our line-up that cannot hit to save his life.   We stranded twelve base runners tonight.  Not only could we not get the timely hit, we also committed four errors. 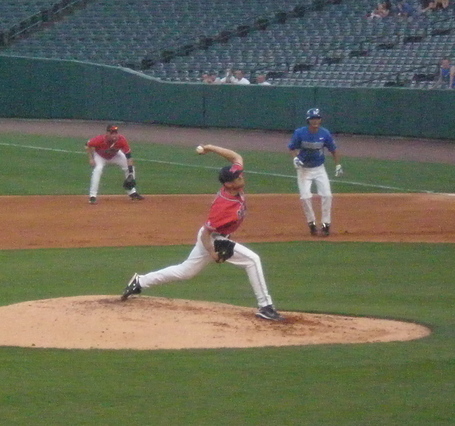 The pitching looked bad tonight, but it was only due to the large number of errors committed.  Matt Crouse "battled" and had a decent outing with four runs (two earned) on six hits in 4.1 IP.  Eric Callender should not have given up any runs in the seventh, but back-to-back errors loaded the bases and eventually chased him from the game. With one out, Alex Yarbrough committed a throwing error to first.  The very next batter, 1B Miles Hamblin could not handle a pretty well hit grounder that allowed the runner to reach safely.  After the errors, a double steal put them in scoring position.  The Tigers promptly hit a single to score both and build on a lead which they would never relinquish.

Offensively, we could not capitalize in big situations.  Instead of stopping at third, Matt Smith got caught between third and home in the first inning.  Following the Yarbrough single that scored Mort from third, he overestimated his ability to get home, and Miller arriving at third during this sequence does not help our cause.  The most heartbreaking of them all was when the Rebels had already scored 2 in the top of the 8th.  Yarbrough stepped up to bat with Miller on base.  He absolutely scorched a ball that looked like it was going to get out in a hurry, and the Memphis player settled on the warning track to make the catch.  After that at bat, the Rebels died offensively without even thinking of threatening in the ninth. 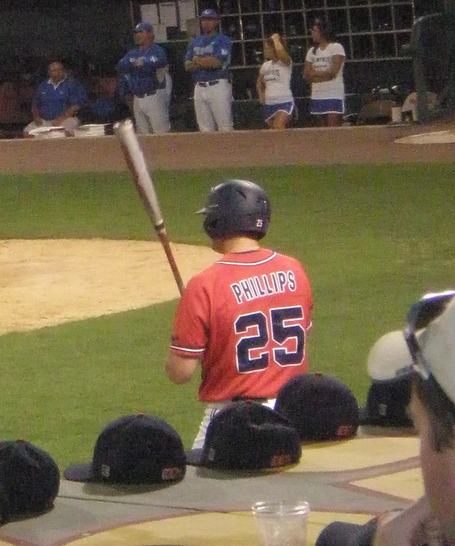 The team put their hats on top of the dugout to "rally" David Phillips.

Some may say, "that's baseball."   "We were due to lose to Memphis!" others may say.  Here's the issue.  Bianco apologists and realists both enjoy hosting regionals and super-regionals.  Now that we have lost a series to TN, a midweek game to UALR, and now two consecutive games to teams with losing records, we are in the RPI doghouse.  As of 11:37 p.m. CDT, our RPI is 42!!! Also, we're 4-6 in our last ten games.

Another argument against the "that's baseball" idea is that I was preaching to you back in early March that this team had some serious flaws/problems.  I knew that their performance on Sundays was indicative of their true character, but Barrett and Pomeranz are talented enough to overcome their incompetence on most days.  Bianco needs to right the ship and do it very quickly.  Otherwise, we'll be sitting at home in early June.