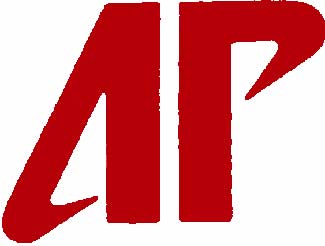 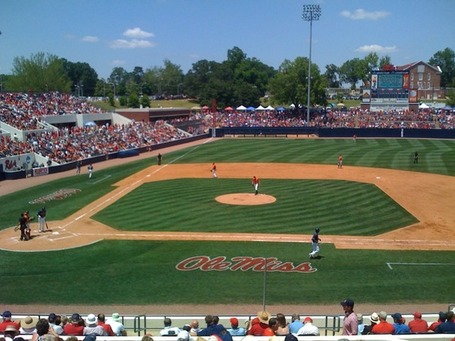 For Spring Break, Austin Peay traveled south to the friendly confines of Swayze Field.  Is there a better place for others to spend their Spring Break than Oxford, MS?  Not only is the weather getting warmer, the bats of Austin Peay are getting quite hot themselves.

In the past, Austin Peay (RPI 54) has just been a "gimme" midweek game for our beloved Rebels.  However, these Governors are for real.  They own the Ohio Valley Conference's best record at 8-3 and have won 6 of their last 7.

The hottest bat on the team is senior catcher Trey Lucas who is batting .415 with 14 RBIs.  He has had six multiple hit games and four multiple RBI games.  Other Guvs who are fairing well at the plate are freshman John Hogan (.350) and sophomore Jon Clinard (.326), and senior Jared DeLong (.444) is doing well in limited action.  The rest of the order, however, is not hitting as well as the team average is .264.

As a team, they are fielding at a .961 clip and have an ERA of 5.49.  Other team numbers include an offense that averages 8.3 runs a game and a defense that allows 6.6 runs per game.  Last weekend in Clarksville, TN, the Governors swept the Riverview Inn Invitational by defeating Wisconsin Milwaukee (RPI 191), Dayton (RPI 205), and SIU Edwardsville (RPI 207).  In their only two games against RPI top-50 opponents, they lost 2-1 to Vanderbilt and 14-7 to Western Kentucky.

Our Rebels come into the game 9-2 with losses to ULM and Tulane bookending the 9 game winning streak.  We are averaging 7.7 runs a game and allowing 3.2 runs a game.  As a team, we have a .288 batting average and 3.03 ERA and field at a .985.  I don't know if you noticed, but we did not commit an error during all of last weekend.

Aaron Barrett and Drew Pomeranz continue to lead the way on the mound with 0.98 and 1.59 ERAs respectively.  In the batter's box, Alex Yarbrough is on FIYAH hitting .438 and going 8-for-13 last weekend.  Other veterans have been somewhat disappointing from an average standpoint but are making it up in other ways.  Zach Miller is batting just .263 but has a team leading 14 RBIs, and Matt Smith is down to .289 but has 11 RBIs.  With Matt Snyder out with a shoulder injury, Miles Hamblin stepped in last weekend and delivered big RBIs.  Though his average is just .182, he is tied with Matt Smith with the second most RBIs on the team.

The Governors will march sophomore LHP Jeremy Dobbs out to the mound.  This will be his second start of the season and has a 9.72 ERA through 8.1 IP.

The Rebels have yet to announce a starting pitcher for Wednesday's game, and it will depend on how many arms we use this evening.  Matt Tracy may start on Wednesday, but Bianco will probably want to rest him for the weekend series.  REBELS' PITCHER TBA

Senior LHP Stephen Huff will toe the rubber for Austin Peay.  He has a stellar ERA at 1.42, and through 19.0 IP, he has struck out 22 and allowed only 3 runs on 7 hits.  His weakness is control as he has walked 14 and hit 4 this year.

If you remember my pre-season predictions, I prophesied that we'd go 14-12 in non-conference play.  We are already 9-2, and though I doubt we'll go 5-10 down the stretch of non-conference play, midweek games like this are the reason that I made the original prediction.  As you saw on Sunday, our bullpen is non-existent outside of Goforth and Tracy, and we cannot use them in every game especially midweek.  Do you trust Jordan Cooper and Eric Callender to come in and relieve Rory McKean?  I think those guys will be great in the long run, but I'm concerned about the present.

What are your predictions?