[ED: *Sigh* We realize we placed a moratorium on mascot talk but we forgot about this TLV piece which is very much mascot related. Don't hate, we wrote it a few days ago. That's how these things work. Feel free to comment on it, I guess. We're not gonna stop you.] 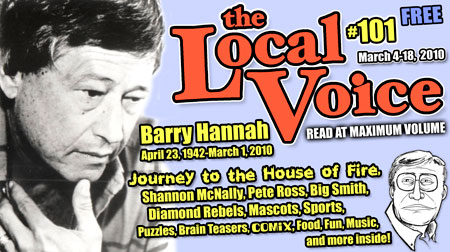 Mascots: Why So Serious?

Recently, the Ole Miss Rebel student body voted to have a voice in choosing a new on-field mascot to eventually fill the void left by Colonel Reb seven years ago. Yea. That's what the vote was about. Anything else you hear is either the product of someone misleading you or someone having been misled.

Also, poor reading comprehension can be blamed, but to a more limited extent I would hope.

The intent of the administration to proceed with plans for a new mascot without this vote is certainly up for discussion, but that's not what this RCR via TLV column is about. Nor is it directly about Colonel Reb, the Old South, symbolism, racism, or any of those incredibly hot-button issues du jour.

What it is about, is stupidity.

In case you've been living under a rock, I'll take some time to explain this whole Admiral Ackbar for Ole Miss mascot campaign you’ve likely heard about or seen. Just before the vote, four students took it upon themselves to start a movement without actually intending for the movement to actually mean anything or spread like an STD. These students were simply discussing the mascot snafu over lunch one fine February day and, perhaps with the help of friends named Jack or Johnny, came to the conclusion that they should start a campaign for the awkward yet lovable anthropomorphic squid/frog Admiral Ackbar of George Lucas’ famous Rebel Alliance to lead our Ole Miss sports teams.

These students never knew that this idea would catch on like it did. They never anticipated having over two thousand Facebook friends for a fictional character or being featured on TMZ, ESPN, CNN, Access Hollywood, the New York Times, the Atlanta Journal Constitution, or having Damon Lindelof, a co-creator of the hit TV show LOST tweet to them about what a great job they were doing.

Yes, the event turned viral in a huge way which, while unexpected, really is a good thing. It gave the students who were not a part of the Colonel Reb foundation something to rally behind. It gave those who are jaded by the whole mascot discussion a place to mock the whole situation at large. And, best of all, this campaign was deflecting the attention that a vote about a mascot considered by some to be a symbol of racism would normally bring at the University of Mississippi. The entire story as told by the national media was about this satirical mascot replacement suggestion. The students behind this were painted as witty and progressive, even if they were digging up a four-year-old internet meme. Of course, plenty of media folks missed the point and not all talking heads thought it clever, but for the first time in a long time, Ole Miss was not blatantly being besmirched by the mainstream media hordes.

But the movement also angered a strange group of Ole Miss fans. I think we all know the people about which I'm talking. This particular cluster is comprised of Ole Miss fans who place a great bit of stock in what the person roaming the sidelines in a foam suit depicts. They were enraged and ready to vehemently attack Admiral Ackbar's legitimacy as a candidate for mascot. They threatened to no longer support Ole Miss sports teams, the UMAA, or our administration were Colonel Reb to eventually be replaced by a fictional admiral of a fictional race leading a fictional rebel starfleet in a fictional war against a fictional empire. I have even been told by one of the creators of the Ackbar campaign that the group received an e-mail from one particular mother who said that she would "NEVER LET [her] DAUGHTER GO TO OLE MISS IF THERE'S A DAMN ALIEN AS A MASCOT!"

Marinate in that for a little while. This woman would let the character on the sidelines of our football games determine whether or not her daughter would attend the university. The scary part is that she's not alone. And while these threats are, unfortunately, likely quite empty, they are indicative of the sadly sobering fact that so many Ole Miss students, alumni, and fans take absolutely trivial matters far too seriously.

Here's the funniest part of this whole whirlwind of wackiness: Admiral Ackbar is not a candidate for mascot. The ASB and administration have both issued statements laughing this off for what it is, an amusing thought to poke fun at the seriousness some people have attached to this decision. In a very roundabout way, the Ackbar campaign’s attempt to lampoon the absurd gravity of this entire debate has worked by giving those who place far too much value in something which does not affect the successes of our university the opportunity to expose themselves.

Folks, it’s a mascot. It’s not important. Let’s save the resources we’ve wasted on mascot-related endeavors and use them to enhance the quality of our educations, contribute to our Oxonian community, and cheer on our Rebel sports teams to victory regardless of whatever goofy symbol we choose to represent them. Please?