Share All sharing options for: On Deck: Florida @ Mississippi

This is it.  This is when we finally get a glimpse of that which we're really made.  Some thought a trip to Tulane would answer the questions about how good we are.  Maybe the Tulane of 2005, but not this Tulane.  Others thought Louisville.  Yes, they're very good, but they play in the Big East.  Others thought a road trip to a ranked Kentucky would do the trick.  I say nay.  Kentucky always starts hot and fizzles out in SEC play.  This. is. the. series.

All you need to know is after the jump. 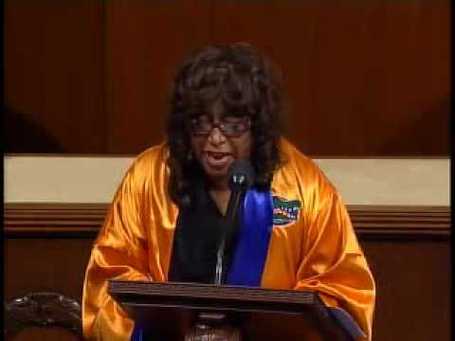 Kevin O'Sullivan took over a decent Florida program that had had a recent appearance in the CWS championship in 2005, and now his program is view among the nation's strongest.  He has not reached elite status yet, but he has recruited and coached very well.  He has a slight road weakness as he is 21-32 (.396) in road SEC games, but he is 2-1 in Oxford.  Those wins came over Easter weekend in 2008.

His Gators come into Oxford ranked as high as #2 in the polls, #5 in RPI,  and on a six game win streak.  In Kendall Rogers' most recent projections, he had them as a national seed.  They came back from an 8-0 second inning deficit on Wednesday to defeat Florida Gulf Coast.

Defensively, they have a 3.77 team ERA and field at a .983 clip.  I'll leave the discussion of their starters for the pitching match-ups a little later, but they have plenty of quality arms on this team.  Reliever Steven Rodriguez has pitched 10.1 innings, only allowed one run, and struck out 9.  Closer Kevin Chapman has 4 saves and a 1.20 ERA.

The Rebels' offense does not have as high an average as the Gators, but it is nearly as efficient.  We are scoring 8.5 runs per game which is a full run higher a game.  We are batting .306, and Tanner Mathis leads the team with a .385 average.  Fellow frosh Alex Yarbrough is batting .351.  Hopefully, Matt Smith will be able to return to the line-up this weekend and continue to raise his average which sits at a pretty .339.  We'll need Matt Snyder and his .333 in action as well.  Another notable is the hot Zach Miller who has raised his average about 60 points to .305 and leads the team with 29 RBIs.

Defensively, the Rebels have a sound 3.48 ERA and field at a modest .976 clip.  Outside of our first two starters, only Eric Callender and Brett Huber have really shined.  Callender has a 1-0 record, 3 saves, and a 2.66 ERA striking out 18 in 20.1 innings.  Huber is now our closer and has one save and a 3.00 ERA.  Taylor Hightower has caught 3 stealing on 14 attempts on the season.

Pom Pom comes into the weekend after shutting out Kentucky last weekend.  He is second in the SEC in ERA and leads the SEC with 49 strikeouts.  Panteliodis is fourth in the SEC with a 1.52 ERA and opponents' average of  .177.

Barrett continues to have an outstanding campaign.  He is fifth in the SEC in ERA and is second behind Pomeranz in strikeouts with 37.  Johnson had a good start last weekend against MS State.  He pitched 6.1 innings and only allowed five hits and one run.

TBA for Rebels.  He is 0-0 on the year, and has allowed fewer runs than Rory McKean.

It'll be interesting to see what Bianco does on Sunday.  Since we have so few arms, we'll need to see how much Callender and Huber pitch on Friday and Saturday.  My guess is Rothlin or Tracy.  Florida's Randall had a good game against MS State last week.  He struck out four and allowed a run in five innings.

I'm thinking that either Pom or Barrett will win one of the first two for us.  Then, TBA's arm will not be enough to get us through another apathetic showing on Sunday.  What say ye?