Share All sharing options for: Message Board Idiots - Schadenfreude Time!

[ED: This is a few days late. We apologize. We've all been really, really busy with "real life" and, let's be honest, that sucks. To kick off your weekends, we'll provide you with this tardy edition of MBI. Enjoy.] 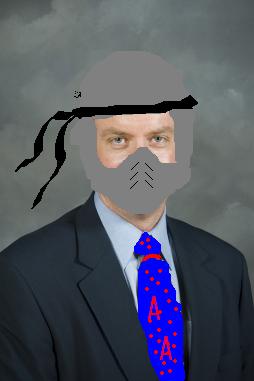 The Ninja has left the dojo (HT: HunterC). Greg Byrne, one of the most beloved athletic directors in the country--and I do mean that quite literally--upped and left the fine town of Starkville, Mississippi for the American Southwest by becoming the next AD of the University of Arizona. Being as how he was as irrationally loved as possible, Mississippi State fans were obviously distraught, offended, and confounded by this move. What follows are some comments from a few different places--Clarion Ledger, Six Pack Speak, Tiger Droppings, et cetera--compiled by your neighborhood friendly e-dickheads here at the Cup along with our annotations.

Byrne was great, but we all knew he was a career guy, and blowing his career by trashing the NCAA over their treatment of MSU was never going to happen.  LT was the same.  can we find someone without that misaligned incentive?

This one is a bit odd. What I gather from it is that certain State fans want an AD who will talk shit about the NCAA over some perceived but otherwise unnoticed slight agianst the Bulldogs? Really? That's your priority here? And the fact that someone would actually slight someone for keeping their career's best interests in mind shows that this person is either likely not of a position one would call a part of a "career" or really bad at a career position somewhere.

i don't know, they might have a better athletic program but they are in the pac 10 and were in the sec.

Arizona was in the SEC at one point? Really?

You see what I did there? It's very Eats, Shoots and Leaves of me to point this out but don't you notice how one little punctuation slip-up changes the entire meaning of a phrase? Neato, huh Mr. State fan! And I realize that State is in the SEC and Arizona is in the Pac 10 but don't kid yourself into thinking that State's Athletic Programs > Arizona's or that Starkville > Tucson. Byrne is also being given a much bigger budget with which to work and is being given a significant raise. Perceived loyalties aside, this was a great move for him personally. If y'all love the guy as much as you claim to, then you should be excited for him, not bitter towards him.

can mullen be the new ad? I'd support it.

I swear, they think this goofy Yankee can give sight to the blind. What makes anybody think that Dan Mullen is qualified to be an Athletic Director of an SEC school? Oh yeah, he coins retarded shit like "TSUN" and he "BEAT OLE PISS WHOO", how could I forget?

Here are some changes to Byrne's Wikipedia page (yes, this very much happened):

After some very limited results at Mississippi State, Byrne tucked tail and took the Athletics Director job at Arizona. Despite his numerous assertions that he would be at Mississippi for a long time, Byrne left Starkville with no college bowl games, no appearances in college baseball regionals, two women's basketball tournament berths, one NCAA Men's basketball berth and one disappointing appearance in the N.I.T.
He leaves Mississippi State in the midst of construction of a basketball practice facility, without a secured donor for a needed football expansion and a reputation as job hopper after turning his back on the only school to give him a real opportunity to advance his career when no one else would.
Ninja? Hardy.

I'm assuming he meant "hardly." Anyway, I'm not going to speak again on the notion of Byrne's "career advancement" but the arrogance and sheer fucking retard-ocity towards the end of that nonsense is pretty damned amusing, albeit frustrating.

Hey State fans? You wanna know why Byrne left you (aside, of course, from him wisely deciding to move out of the SEC's worst college town)? It's because you're all a bunch of bitter, envious rubes who think things like "TSUN", cowbells, and dejectedly editing a guy's Wikipedia page are cool and acceptable fan behaviors. I mean, shit, you even started calling your AD "the Ninja." He's not even fucking Japanese. I mean, seriously, Ninja? That's what a four-year-old boy names his new pet kitten, not what a fanbase nicknames the leader of their athletics administration.

Hey State fans, TSUN still hasn’t gotten over Tuberville bolting on them. Thing is, they made a bad hire to replace him just to ensure they got Eli.

Yeah, hiring a guy to ensure the signing of your school's greatest offensive player ever sure is a stupid fucking idea. Three straight winning seasons and victories over every SEC West team and four East teams during said time span sure sucked ass. And, no, we really aren't that bent out of shape over Tubs leaving. That was nearly fifteen years ago and, c'mon, now look at the guy, he's in Lubbock. LUBBOCK. He went from coaching Auburn to an SEC title and an honorary national championship to coaching arguably the fifth or sixth best program in the Big Twelve. In the long run, he got the proverbial short end of the proverbial stick.

And finally, in a rare moment of humor and clarity from the Clarion Ledger comes this:

Hire Jackie sherrill as AD…we might be on probation again in the next 10 years, but at least we will be back in the top 10 in football

Self-deprecative humor, even if unintentional, is always appreciated during these situations.