This weekend, the Rebels tried to outdo the best squad from the Big East, but the Cardinals proved to be too much.  A brief analysis of this weekend's action after the jump. 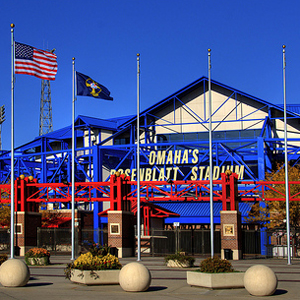 There's a reason that McDonnell has been here.  What's your excuse?

This weekend, two coaches squared off.  It was mentor versus mentee.  It was Tommy Bowden versus Bobby Bowden (minus the championships).  For fans, the series was a great one to watch.

However, it was a painful ending for Ole Miss fans as the mentee outdid the mentor.  Louisville took the series to move to 14-1 on the year, and OM fell to 12-4.

Friday's game was exciting from start to finish.  Drew Pomeranz and Thomas Royse both went about six innings and allowed one run a piece.  Drew struck out twelve to bring his strikeout total to 40 in this young season.  Royse struggled with his control a tad and had seven walks, but it was still a phenomenal outing since his first hit did not come until the sixth.  Brett Huber did an outstanding job of filling in for 4.1 innings of relief and did not allow a run.  The Cardinals did figure out Goforth in the top of the twelfth and tagged him for five runs, four of which were earned.  The Rebels lost by a final of 6-1.

Saturday's game was tense as tense could be.  Aaron Barrett had a strong showing on the mound with 6.2 IP and only allowing three runs.  He had a career high 9 strikeouts and moved to 4-0 on the season.  Eric Callender pitched the final 2.1 innings without allowing a run.  Offensively, many Rebels had fun at the plate.  Alex Yarbrough, David Phillips, Miles Hamblin, and Kevin Mort all had an RBI a piece. Tim Ferguson and Matt Smith both had two a piece.  Taylor Hightower had a great day at the plate and went 3-for-4.  The final was 8-3.

Sunday's rubber match did not disappoint those who like offensive showcases.  The Cards chased Rebel starter Matt Tracy (who had an ERA of 1.08 prior to today) after 4.2 innings by scoring 7 runs.  Bianco brought in Trent Rothlin who promptly allowed three runs the following inning to give the Cards ten runs.  That proved to be enough as they withstood the offensive onslaught of the Rebels to prevail by a final of 10-8.  Matt Smith helped the Rebel cause by going 2-for-4 with a hr and two RBIs.  Taylor Hightower had another 3-for-4 day to bump his average up a bit.  David Phillips also pitched in with a 2-for-4 performance and an RBI.

Weekend Thoughts.... Louisville is just that freaking good.  It's not to say that we were unable to take the series as we had our opportunities and squandered them.  We have to give Louisville credit for making diving catches, turning double plays, and making clutch hits.  My question is this:  why can we not recruit or play at or above the level of a Big East school that has no baseball tradition prior to 2007?  Meaning, how did we get outdone by a Big East school?

As far as our guys are concerned, I am proud of their effort.  Taylor Hightower is a great catcher who made many plays to throw runners out.  Not only is he sound defensively, he also went 6-for-8 over Saturday and Sunday.  Drew Pomeranz continues to dominate and his ERA has fallen to 1.54.  Aaron Barrett fared well against good competition, and I am excited about our first two starters.  Brett Huber has been outstanding in middle relief, but we need others to develop quickly.