Share All sharing options for: On Deck: #8 Louisville @ #17 Ole Miss

Dan McDonnell's top ten team has traveled south to face Bianco's top twenty squad.  Louisville is 12-0 on the season, and they have ascended as high as 8 in the polls. 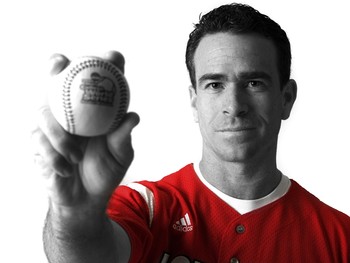 That's a coaching god.  His name is Dan McDonnell.

Coach McDonnell comes back to Oxford where he spent six years helping Bianco build the Ole Miss program.  In fact, any program he has been a part of as a player or a coach has succeeded.  In his twenty one years as a player and coach, his teams have averaged 38 wins per season and have advanced to a regional in 10 of the last 12 seasons.  Louisville had never been to the NCAA tournament prior to McDonnell, and he took them to the CWS in his first season!  It will be a match-up for the ages.  More about the teams after the jump. 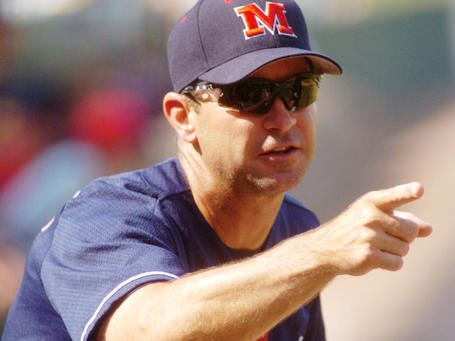 Can we win the first one and hope for rainouts?

McDonnell will not be the only one making a homecoming trip of sorts to Oxford as former 1B Andrew Clark and current Louisville volunteer coach Xan Barksdale who played catcher for the Rebels in 2003 and 2004.  As a freshman in 2007, Clark hit .311 and 4 HRs in early season action.  Midway through the season, he was dismissed from the team and transferred to Louisville.  Now, he's hitting .364 in 7 games played but is currently injured.

Louisville was picked in the preseason to be the class of the Big East, and it has lived up to the hype.  Though they've only faced one team in the RPI top 50, they're 12-0 record is still impressive.  At the plate, the Cardinals are led by junior infielder Phil Wunderlich who is hitting .388 with 6 HRs and 18 RBIs.  Another big hitter is senior second baseman Adam Duvall who has a .400 average and 10 doubles on the year.  Stewart Ijames (.386) and Ryan Wright (.356) give the Cardinals a total of four players who are hitting better than .350.  As a team, they average 8.8 runs a game.

Defensively, UL is phenomenal.  Their pitching staff sports a 2.54 ERA, and the only chink in their armor is a .962 fielding percentage.  Otherwise, they only allow 3.5 runs a game.

For Ole Miss, we are paced offensively by freshman phenom Alex Yarbrough who is batting .432.  Leadoff specialist Tim Ferguson is batting .385, and youngster Tanner Mathis is batting .379.  Somehow, senior Taylor Hashman is batting .350 putting Ole Miss even with Louisville at four players a piece with a .350 average or higher.  As a team, the offense averages 8.4 runs a game.

Defensively, the Rebels have been sharp as well.  The team ERA is 2.79 and fielding percentage of .976.  Ole Miss allows 3.2 runs a game.

To make these stats easier to compare, see chart below:

Predictions:  I will continue to do predictions even if I continue to fail.  As for this weekend, I hope I'm wrong about us losing 2-of-3 to the higher ranked Cardinals.