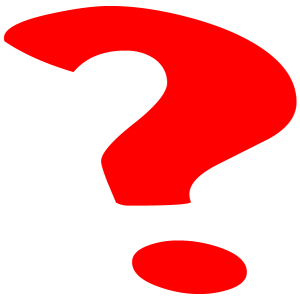 Oakland University will open its baseball season Friday in Oxford against our beloved Rebels of Ole Miss.  Since there isn't much to say about their baseball team, I'll try to acquaint you with Oakland University and give you a look at the pitching match-ups.

It took two days of driving for Oakland to make it all the way day from Rochester, Michigan.  Junior Dan Gliot blogged about the trip on the school's athletic page, and he had this to say:

The bus rides are always a good time for us. The upperclassmen pick the movies that we watch and there is always a good variety. The Hangover, Top Gun and Caddyshack are some of the classics we watched on the way to Nashville. If you can play Euchre this is the team for you as there is usually a group of guys playing at all times. There is a debate on the best player but it's probably Greg Welke or Mark Leichtman even though Kyle Teague will never stop talking about how good he is.

I'm not sure I know what Euchre is...  Gliot also had this to say:

We had our first outdoor practice last night since November, and everyone was excited for it. Ole Miss has one of the top stadiums in the country, so it was pretty incredible to walk into their stadium for the first time.

Everyone loves compliments, right?  Also, please notice that they've haven't practice outside since NOVEMBER!!! Due to this, I'm guessing that their fielding probably won't be incredibly sharp on Friday night.  More on Oakland...

Oakland was founded in 1957 and has an enrollment of 18,920.  This season, their baseball team was selected to finish sixth in the Summit League.  Their mascot is the "Golden Grizzly," and they are also familiar with mascot controversies.  A quote from this article shows you that mascot controversy isn't endemic to Mississippi:

Before becoming the Golden Grizzlies, OU's nickname was the Pioneers and the unofficial mascot was Pioneer Pete. Pete started out in the 1950s as an aerospace pioneer, but when a student drew a buckskin-clad Pioneer Pete, the image stuck.

When looking for a new mascot, the Mascot Advisory Committee established specific criteria and Pioneers failed to measure up in many ways. The committee's criteria included that the new mascot be animal-based, tough, unique, have regional ties, be collegiate, have graphic potential and be gender- and race-neutral. Pioneer Pete couldn't stand the test of time. He was neither gender- nor race-neutral, a problem many students wanted resolved.

Nothing more to say here....

As far as the actual game of baseball is concerned, the Golden Grizzlies finished 22-34 and 10-18 in the Summit League.  It wasn't a banner year for the Griz.  They lost their four top offensive players from last year's team due to the MLB Draft graduation and will try to rely on defense and pitching to win games this season.  The top offensive returnee is Tommy Joblonski who batted .328 and drove in 29 runs a season ago.

I searched long and hard, any the only player who received any pre-season recognition is Brett Gescke who helped the Oakland Model UN team come in second at the Lake Erie Model UN conference in Ohio last fall.  What did the judges at the competition have to say about him?

One of those honorees was Brett Geschke, a senior political science major who represented the Russian Federation on the UN Security Council. Geschke received a rating of "excellent" for his performance and was awarded the chairman’s gavel as the top delegate on the Security Council.

Predictions: I am predicting a sweep by the Rebels.  There is no reason that we should lose to a team of this caliber, and our bats should have a good time against their pitching.

What are your predictions?