Ole Miss Mascot: No One is Watching

Share All sharing options for: Ole Miss Mascot: No One is Watching

"What will everyone else think of us?"

"We'll be the laughing stock of ESPN."

The recent events surrounding the release of our mascot renderings have verified something to me that I've often thought: Ole Miss fans, in general, think that people around the country care who our mascot is. They think that Ole Miss is relevant to everyone and that it makes a difference what we do off the field. Of course a few people are noticing, and even fewer are actually caring or opining one way or another, but for the most part, this is a gigantic non-issue outside of the Magnolia State.

Were you waiting on baited breath when William and Mary chose their mascot?

I sure always find myself laughing at the Evergreen State College Geoducks.

Did you pay attention when Kansas started selling tickets to sit on the field in THESE?

Were you up in arms and fighting against the political correctness crusaders when Chief Illiwinek was retired a few seasons back?

Of course you weren't. Most Ole Miss fans likely didn't even notice all of that was going on, just as most sports fans around the country are only really aware of our mascot situation in passing, if that.

So, here's my point: no one really cares as much as most of our fans think they do. I know that Ole Miss sports are a really big deal to all of us, but they aren't to a significant majority of spiorts fans, let alone people. The notion that we're going to become some sort of grand national laghingstock due to the mascot changes is nothing more than a delusion spawned from a myopic, Ole Miss-centric narcissim.

Ok, sure, fans of other SEC schools will rib us. Big deal. Y'all should be used to that by now. Do you not know how silly it makes you look to get angered or even slightly hurt over what someone you do not nor likely never will know says about your school's mascot in an online, anonymous forum? Here, a recreation: 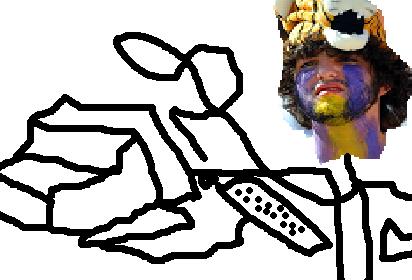 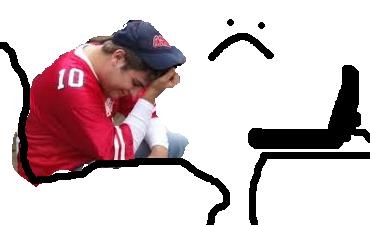 I guess what I'm saying is that, while the media, internets, and topic du jour in and around Ole Miss athletics are really having a field day with this whole vote thing, no one else is. No one else cares.... at all. It's..... a mascot.

I'm not saying that I don't understand why people are pissed. It's difficult to accept changes to things with which you grew up. All those people who have fond memories sitting on Colonel Reb's lap in cheerleader uniforms (sorority girls and Ghost) have every reason to be sad that the University is now in 100% move-on-mode. I'm just saying, let's not make this about what everyone else will say about us. Aside from a few dickheads and benign comedians, this whole scenario is more-or-less an unknown.