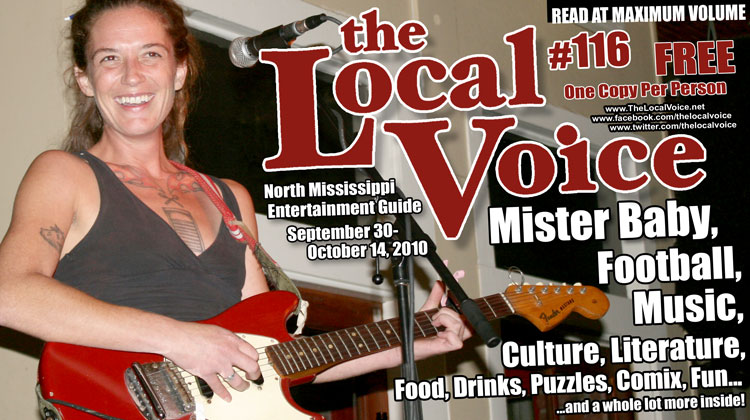 Follow the jump to see this weeks installment of RCR via TLV and a look at the last column we ran with them that we erroneously forgot to bloggificate.

For the purposes of this issue of Red Cup Rebellion via The Local Voice, let’s metaphorically look at this still-young Rebel football season as a grand ballgame in itself, one in which we’re looking at an unexpectedly tied score heading into the second half against a presumably inferior opponent. 14-14, and the intra-quarter timeout is slowly winding down and, with an even more daunting second and third quarter to fight through, we in the stands are only hoping we and our team have learned a modicum of anything from the first quarter – a quarter in which we fancied actually having more questions answered than raised.

But we are Ole Miss and nothing, football included, that we ever partake in is so simple, free of nuance, and predictable. Where most of us where (in hindsight, rather foolishly) predicting a 4-0 start to the season, we now once again re-evaluate our already modest expectations and shake our heads in bewilderment.

"How did we, once again, stumble out of the gate, and this time in perhaps the most embarrassing and agonizing fashion most of us can actually remember? And why do we keep subjecting ourselves to this?"

Eh, maybe we’re all just masochists, but regardless, we’re still here. We’re grouchy and bitter, but we’re also not about to forego our barbecue nachos in favor of the return Walk of "Champions" to the Grove to pout about it. We’re hoping to build upon what we have learned over these past few weeks; but what exactly would that be?

We are glad you asked. First, on offense, quarterback Jeremiah Masoli is basically what we hoped he would be. The guy’s reckless and wildly unpredictable at times, but those are just as much strengths of his as they are weaknesses. He has great feet, a good arm, and can really extend a play when need be. Luckily for him, our wide receivers, led by breakout player Melvin Harris, have actually been a bit better than any of us would have anticipated. Masoli and Harris’ respective successes bring up a chicken vs. the egg type of question, to be sure, but let’s just be happy that neither are terrible and move on.

Brandon Bolden is the real deal at halfback. Mistakes of his, notably a dropped touchdown pass in the Vanderbilt game, would lead many to think otherwise, but the guy’s a complete back and it’s, frankly, frustrating as hell that it took our coaches four weeks to figure out something which most of us seemed to know already. Jeff Scott and Jesse Grandy are nice complemens to Bolden with their track star speed, but neither are large or consistent enough to warrant a fuller load of carries.

Other than that, our offense leaves very much to be desired. Injuries and attrition have gutted our offensive line, forcing us to put undersized and inexperienced players up against the meat of our SEC schedule. Very few players outside of those mentioned already have that "it" factor, that threat to actually score points when you put them on the field, and that’s a bit beyond scary.

Defensively, we’re far worse than we could have anticipated. We’re not bad up front, with Jerrell Powe and Jonathan Cornell anchoring a front seven which seems to improve each game. But our secondary is a varitable Maginot line of underclassmen and underachievers. If our defensive backfield cannot improve, and do so rapidly, look for most of our SEC opponents to shred our defense for points.

And the coaching, well, let’s save that for a later date. Also, perhaps a forum not so heavily regulated by the FCC would be best suited for the language appropriate to discuss what Houston Nutt and Company have – really, haven’t – done this season.

Quarter two of this season looks to be  one of the toughest we’ve ever played maybe ever. Literally. This weekend’s date with the Kentucky Wildcats shouldn’t, per anything seen thus far, be easy whatsoever, and the back-to-back-to-back meetings with Alabama, Arkansas, and Auburn are as foreboeding as looking into a dark, cold mineshaft. Coming out of these next four games with a 4-4 (2-3) record would, optimistically, be something just short of miraculous.

Things get much easier after that, but still couldn’t be called easy.  While Nutt’s teams tend to finish more strongly than they began, Louisiana Lafayette will look to re-Jacksonville State us, while trips to Neyland Stadium and Death Valley to take on bad-to-mediocre Tennessee and LSU teams respectively set us up for our final matchup: the Egg Bowl in Oxford against a struggling but incredibly confident Mississippi State team.

The important question for the overall narrative of this season, though, is whether or not we will still even be in this one come the fourth quarter? That is, will we at all become bowl eligible? If we can learn and build upon what we saw in quarter one and carry some sort of progress through quarters two and three, then, yes we will once again be prepared for the college football postseason and would honestly have something of which to be very proud in this football team. If not, then bring on basketball season. Quickly. 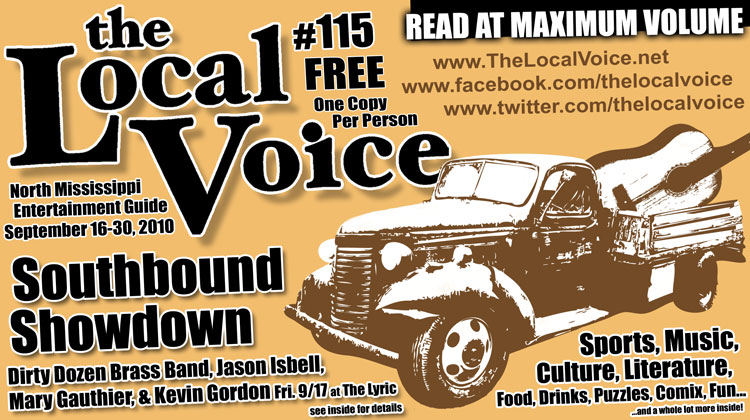 I am about to share something with you which should hardly come as a surprise: we sports bloggeurs or pseudo-journalists are nerds. We dorkily obsess over sports storylines, statistics, and, of course, video games. And, being sports fans with strong inclinations towards the "amateur" versions of America’s greatest sports, no such game excites us more than EA Sports annual installment of their NCAA Football gaming franchise.

We love it. We play it a lot, against each other and, sadly enough, even online, using it as a way to pass time, stretch some strategic mental muscle, and legitimately learn a thing or two about the X’s and O’s of the sport.

No, really, you can do that by playing video games. I swear it.

Regardless though, recent installments of the game have continuously listed - amongst LSU, Mississippi State, Arkansas, and Alabama – the Vanderbilt Commodores as principal rivals of our Ole Miss Rebels. Yes, those Vanderbilt Commodores, the ones we and the rest of the Southeastern Conference treat with contempt as sorts of "too nerdy for footballin’ types" who are hardly worth the effort to dispatch on an early Autumn Saturday.

And that, like most results of groupthink, is wrong.

Ever since the late 1800’s saw the first meeting of Vanderbilt and Ole Miss, the Rebels have played the Commodores often enough for this game to be one of the most common matchups in all of the Southeast. In fact, the Rebels have only played two teams on more occasions than they have played the Commodores: The Mississippi State Bulldogs and the LSU Tigers. Eighty-four times have these teams met on the gridiron, and 47 of those times have the Rebels won. To put that in perspective, that’s a lower, albeit insignificantly so, winning percentage than the Rebels have against State.

So, historically speaking, a victory over the Western Division Bulldogs has actually been easier for our Rebels to achieve than such over the Vanderbilt Commodores. And, when recent history is considered, this should hardly be a surprise. Vanderbilt is always a very, very tough team for our Rebels to get the better of, regardless of who between the two teams is supposedly superior.

In 2002, a Rebel squad led by Junior Eli Manning led the Vanderbilt Commodores by 21 points going into the forth quarter, but it would take a late Ronald McClendon touchdown after a 21-point Vanderbilt rally to allow the Rebels to celebrate a win.

In 2003, one of the best years for Rebel football over the past several decades, a late Rebel comeback capped by a Lou Groza winner-to-be in Jonathan Nichols slipped the rug out from under a far too likely Vanderbilt victory during a wild season-opener in Nashville.

In 2004, the Rebels won by a field goal in overtime, a long-awaited such victory after an wild 1999 game which ended in identical fashion in Vanderbilt’s favor. In 2005 and 2006, the Commodores defeated the Rebels back-to-back, the first time such had happened since the early 1990’s. The former of which was one of the many, many nails in the clichéd proverbial coffin of Ed Orgeron, while the latter of which was perhaps the most painful loss of the then-young Houston Nutt era up until this season’s opening weekend about which we care no longer to write. (Fun aside: a week later, the Rebels would defeat the Florida Gators in the Swamp. Such insanity is the Vanderbilt game, y’all.)

And last season, while ending in a comfortable Rebel win, was notably the widest margin of victory the Rebels have been able to boast over the Music City Robber Barons since 1998.

Vanderbilt never goes down without putting up a very, very good fight. We cannot, under any circumstance, count Vanderbilt out of any game in which we play them. Some have argued that we earned a bit of a perk or even a luxury in being the SEC West’s permanent opponent of the Commodores each season, but, when considering the headaches they’ve been giving us, that’s a sentiment I think should be revisited. The Commodores get the good fortune to play us every year, to be ready for us every year, and we, for some reason or another, cannot seem to return the favor. Call it disrespect, early-season jitters, whatever; the fact remains that this is a game which we all look forward to with naturally guarded and hesitant optimism and, in the event of wins, come away from feeling confident.

So, perhaps a bit reluctantly, I’ll admit it: The Vanderbilt Commodores are rivals of the Ole Miss Rebels. They’re not such in the traditional "oh man this team annoys the Hell out of us" or "why won’t these people just leave us and Oxford alone" since of the term, but the Ole Miss vs. Vanderbilt game is, in very different ways, culturally significant to Ole Miss football, just as the Egg Bowl and LSU games are.  Vanderbilt frustrates our team on the field and as a result give we the fans pause and frustration off of it. So, yeah, let’s proudly get behind the Rebels this Saturday – during yet another painful Noon kickoff – and support them against the Commodores. We would be doing our team and ourselves a major injustice otherwise.

[Wow, reading that one again sure stings, huh?]