Do you think of me at all, Jonathan? I think of you often. Or at least I used to.

I thought about you long and hard the night it all went down. I couldn’t understand how so many of my friends could still go out on the town after all we’d been through. They were bellied up at the bar, Jonathan, probably throwing game at the same peroxide piranhas that we couldn’t get away from the whole time we were in school.

But not us. The Super Rebels. The kids who came up living and dying by this shit. The boys who judged each year of our short lives by the outcomes of two football games in November. There we were laid up and quiet in a dark living room just off of South Lamar. Exiles on Pain Street who didn’t give a damn about the girls or the bars or the music for once. Sometimes I wonder what that night was like for you.

Of course it got easier with time, Jonathan. As the years went by I thought less and less about it. Quit seeing that ball sail on you. From my angle, I really couldn’t tell if you pushed it or if you just hit it off center, or if it sliced or what. But I quit seeing it in my sleep after a while.

The truth is that we had it all wrong that night. Even as we stare down our best chance to get to Atlanta in years, I know that nothing that happens on the field is so important as to make me want to miss one second of the aesthetic event that is Ole Miss Football - before, during and after the game. We really don’t lose parties, you know?

I’m sure you didn’t get to walk through many of the tailgating scenes at the away games Jonathan, but I did. I’ll tell you a secret about them: they’re all the same. Parking spaces. Hamburgers. Jerseys and jeans. Actual tail gates – like the part of a truck bed that folds down, Jonathan. Believe it.

To pre-game in Fayetteville is to pre-game in Starkville. If you squint your eyes you could mistake your surroundings for Baton Rouge or Auburn or – what’s worse – Kansas City or Seattle. All these scenes are exact replicas with different colors. They are lame in that way that the Knack’s "My Sharona" is lame. It is a boiled down, gentrified, mind numbingly inoffensive microcosm of every other song that ever came out in the 1980s. Such is the parking lot at Bryant Denny.

But not the Grove, Jonny boy. Not that place that I turned my back on that night you shanked everything you touched. Once you set foot there, you know where you’re at.

You know the way to really piss off your enemies? You become the beast they tell everyone you are. Kierkegaard said that if you label someone, you negate them, Jonathan. At Ole Miss they labeled us as pricks and we showed up with fine China and Johnny Walker Black and told the bastards to keep out of our yard. We manicured that campus like no other. We hung chandeliers and set out immaculate spreads of food and we watched as the circus came to town - complete with champagne and caviar and store-bought C-cups, Jonathan. 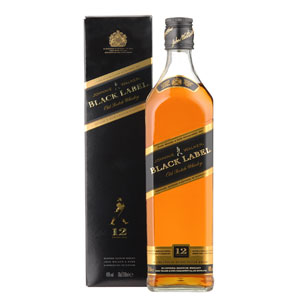 
And therein lies the victory, my man. The essence of being a Rebel is to defy someone or something. And in Oxford we defy our detractors with sun dresses and centuries-old Oak trees and fine wines and crisp October afternoons.

So don’t beat yourself up anymore Jonathan. No matter the outcome, we’ll finish 2009 the same way we finished 2003, and the same way we’ve finished every year since the 19th Century. Undefeated.

Finger in the Air,