Women of the Opposition: Memphis

Share All sharing options for: Women of the Opposition: Memphis

Our women > your women.  It may be a stupid, tribalist approach to smack talk, but we at the Cup don't give a damn.  Every week, One Man To Beat, in his typically erratic and senseless nature, will remind our opposing fans of this fact via his "Woman of the Opposition" series.

If you're new here, this was a weekly football-season-exclusive fixture that usually brought hate mail, lawsuits, etc. to our humble blog. We could have worried about the feelings of the opposite sex in berating their *ahem* less than spectacular assets, just as we could have cowered in fear of the sexual harassment suits brought against myself from Rebelettes that I secretly photographed last year. Restraining order? Sounds more like playing hard to get LOLZ ha ;) /i'mnotreallyaperviswear

To make a long story short: worrying is lame.  If you don't have a sense of humor, don't click the jump.  Insead, drive your ass down to Wal-Mart and buy one or save the cash and slam your head in a desk drawer until you knock some funny into yourself.

Enough of that, let's proceed. Memphis girls are terribly ugly, Kate-Moss-skinny and look like they've been doing meth for months.

Here's a basic example of what happens when the average woman becomes a Memphis fan:

While we Rebels say the Memphis footballers are insignificant, we shouldn't forget that the last Memphis home football game made some headlines; their fans registered on the Richter scale. Of course, this wasn't in the same fashion as the fated LSU game where the booming crowd at Tiger Stadium registered on this scale.  No no.  The Memphis incident occurred when a herd of Tiger female fans rushed to the bathroom at halftime. There's a reason they serve fried fatback covered in chocolate sauce at the concession stands.  It sells.

This year, luckily, BEER will be sold at Tiger High home football games, much to the delight (and eventually crippling regret) of every man who goes home with one of these beasts. 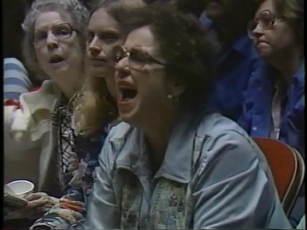 (ed: Where in the hell did you find that picture?)  Now, you may be saying, "One Man To Beat, these women don't have Memphis apparel on." Trust me, if they look like that, they are definitely Memphis fans...or at least attend Memphis Wrestling events.

There are some diamonds in the ghetto, however. They all dance for the Memphis Grizzlies, but nonetheless, the city as a whole is a complete dirty syringe in the dumpster known as the Mid-South.

I will admit that I have never been successful in dating a woman from Memphis. I guess it's because I hold a steady job and don't get the chance to meet them in the unemployment line. Or maybe it's because I legitimately took the SAT and still got into college. These Memphis cougars are a Pandora's box that not even we at RCR can open...or should I say WANT to open. 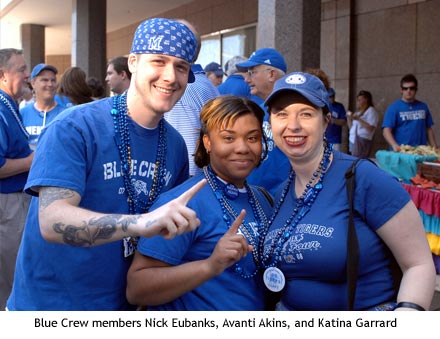