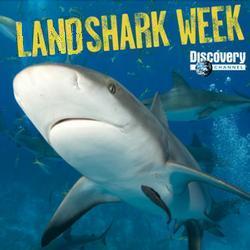 Juco did this. He's terrible with MS Paint.

Landshark Week
In honor of the much anticipated series of programming currently being aired on Discovery Channel, this week will feature the oddly named yet fear inducing Ole Miss defense: the Landsharks.  Leghumpin' Bullfrauds (45 to NUTTin' lmao) beware.

Is a Feeling of Ole Miss-ery Already Creeping In for Rebel Faithful | Clay Travis
Clay Travis, the writer who recently gained some (more) notoriety by asking Tim Tebow whether or not he was "saving himself" at SEC Media Days, offers this somewhat humorous if not shockingly accurate take on what we Rebels are thinking right now.  Hype is a tough thing to handle, as Travis cleverly articulates.  Give it a read; I promise it's not too much in favor of the typical Clay Travis "use a slew of trite SEC stereotypes (Mississippians are poor, Alabamans are crazy, Florida JORTS ARP ARP) to pass as some sort of legitimate humorist" style.

College Football Preview: SEC | The Herd's Word
Colin Cowherd, known for his snarky and attitude-laden ESPN Radio show, likes our Rebels.  I honestly would not have expected this.

The Blind Side trailers and video clips on Yahoo! Movies
Despite Sandra Bullock's poorly stitched together Southern Accent, this looks quite promising.  While upsetting that no clips of Hurricane Orgeron or Lou Holth are a part of the trailer, the movie appears to be very well done.