Let's keep the Summertime Blues discussions rolling around here with something we Rebels have become notorious for: gettin' dranked. 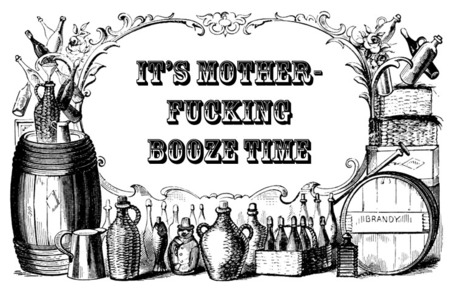 via Married to the Sea

Take that jump now.  Do it. 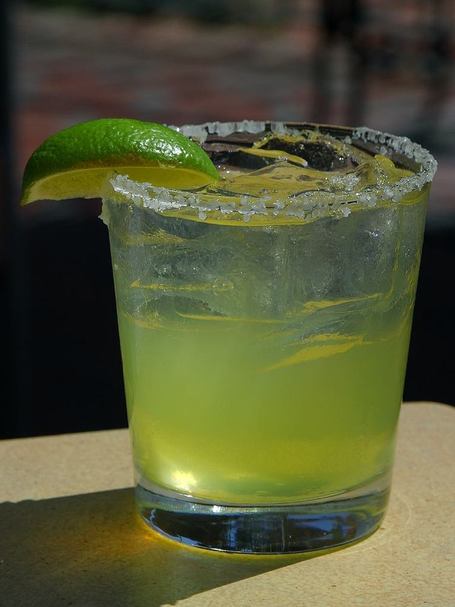 5. Margarita - True story: I underwent a 2 or 3 year moratorium on tequila. For a long period of time following a near-death experience during my freshman year which involved gallons upon gallons of my own vomit, the slightest scent of Mexican Devil Juice would lock down my entire GI tract. I hated tequila and I thought I would never be able to forgive it.

That is, until I made real Mexican friends (see: not employees at Charro) and was taught how to properly appreciate Tequlia.  As we all should know, the distilled juice of the Blue Agave (they make liquor out of this shit?) is a cruel mistress.  She is either making sweet love to all five of your senses, or causing you to double over in agony.  You can naturally take her as is--with a dash of salt and a lime wedge to wash her down--or seduce her into your evening with her ultimate manifestation: the margarita.

The margarita is, simply put, a perfect cocktail. It adds so much to tequila without taking much of anything away. It's sweet, sour, salty, and potent. Nearly everybody enjoys them and hardly anyone would snub it under the proper circumstances. Obviously a fantastic choice to accompany your fajitas or (in the case of Ivory Tower's undeveloped palate) P5, but can easily standalone as a drink to enjoy amongst friends by the pool or on the patio.

Unfortunately however, as with many popular, beach-friendly drinks, many margaritas today are thrown together using bad tequila and buckets of powdered mix. I would venture to guess that over half of the people reading this and thinking "boy, I love margaritas" could truly take the proper ingredients and make a traditional margarita. It's sad really. They're simple to make and--when high quality ingredients are used--beat the hell out of anything coming out of a bucket with a spigot affixed to it. Learn:

Mix well. Pour over ice in a salt-rimmed glass. Garnish with orange peel if desired.

Trust me. Mix a few of those up using some higher end tequila and you'll never go back to whatever shit-powder you were mixing with your booze again. 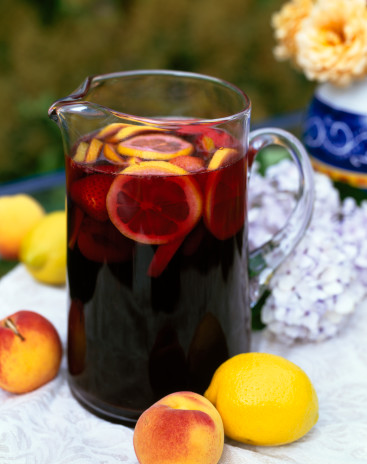 4. Sangria - Stop laughing. I'm serious. Sangria is not a drink for girls, dammit.  Here's the deal: I really love red wine.  Always have.  It's just totally unacceptable and borderline unpalatable in 90-degree weather.  The entire nation of Spain, at one point, had this exact same dilemma.  They solved it by mixing their wine with fruit juices and sugar before pouring it over ice.

It is absolutely fantastic, and, no, it's not "queer."  Stop the homophobe talk anyway, you homophobes.

As a former American exchange student to Europe, I have had enough experience with the Spanish to know what I'm talking about.  In my Austrian dorm, there were a half-dozen or so Spanish girls who, seemingly upon request, would mix up a damned cauldron of the stuff.  I was there during most of the summer and, taking advantage of the overly-trusting nature of the Austrian people, spent many afternoons wheeling "borrowed" shopping carts full of sangria to a nearby lake for, you know, drinking outside 'n' shit.  After many hazy afternoons and inadvertent sunburns, I developed a true appreciation for the original hunch punch.

I would offer a recipe but, like pimiento cheese or potato salad, there is no one "right" way to make Sangria.  Google it and see what you find.  Mix it up and make it appropriate for your tastes.  I promise, you'll love the stuff. 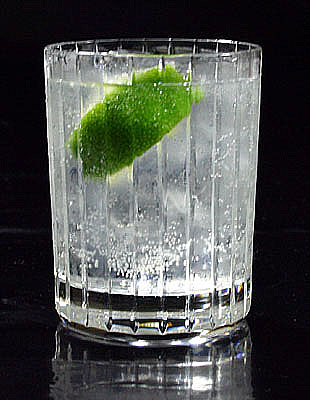 3. Vodka/Gin and Tonic - If you've been paying attention, you'll have noticed that these drinks so far are all centered on a very basic liquors which can stand alone--either as a shot or an individual drink--but require some sort of mixer to allow the consumer to reasonably and leisurely imbibe them on a blisteringly hot day. In that sense, the Vodka/Gin and Tonic is the most basic of this breed. Not wanting to drink warm gin on a Summer day like a bum in London, you take your clear liquor over ice, top it with tonic water, and garnish it with a lime. There. You're done. Now you're drinking a cold, bubbly glass of gin which is only slightly sweetened by the tonic water and lime. You went from a scary drunkard to a refined gentleman in a few simple steps.

As far as preferences go, I take gin over vodka ten times out of ten. They're essentially the same liquor, save for gin's characteristic flavor which is derived from the berries of the evergreen Juniper. If you can't handle the Christmas tree flavor, then drink vodka, wuss. 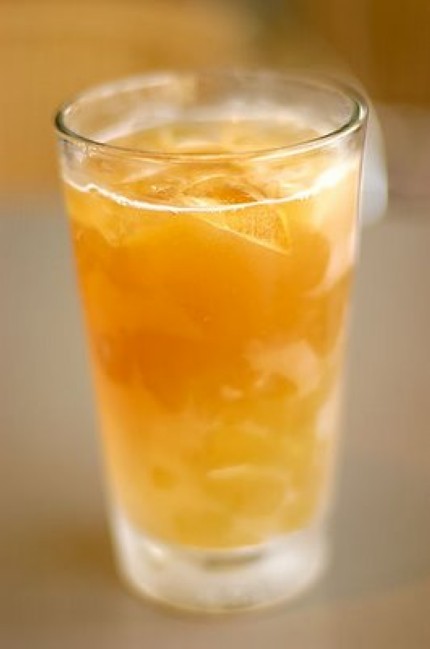 2. Arnold Palmer with Firefly- The computer, steam engine, and Firefly Vodka are the greatest inventions throughout the history of man (sorry printing press and sustainable agriculture, you didn't make the cut). With its potency being as deceptive as the speed of a white wide receiver, Firefly can easily sneak up on you. You have a Firefly and Sprite, then a Firefly and water, then, soon enough, you're telling the bartender to forget the mixers altogether. Even the staunchest avoiders of Vodka (see above) keep an ample supply of Firefly around for all gatherings.

As a side note, FoTC Hoyt Brumley and regular commentator and Fan Shooter (is that what we call 'em?) The Drake have suggested a new name for this drink: The John Daly.  I like it.  You take a respectable, classic golfer-inspired drink and turn it into a fat, drunken, regrettable golfer-inspired drink. 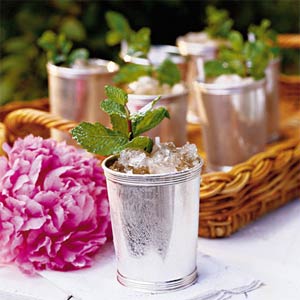 1. Mint Julep - You had to know this was coming.

As the quintessential Southern cocktail, the Mint Julep combines civility with an otherwise uncivil liquor.  Bourbon, the holy water of the Southeastern Conference, is a wild man's drink; the uncouth, sour cousin of the more traditional scotch.  However, no person can deny the gentility of bourbon served in a silver cup with sugar, mint, and crushed ice.  This isn't putting lipstick on a pig.  This is curing that pig into the finest ham you've ever tasted.

One must be careful though. This is no drink for the foolish or weak-tempered. The worst hangover I've endured in my life came during Juco's wedding day. At about 4AM the night before, we wedding party folks ended our several-hours-long debauchery fest with several juleps brimming at the tops of our brand new silver julep cups (thanks, Juco). The next morning, I couldn't do anything. I couldn't tie a tie, I couldn't button a button, I couldn't even brush my own damn teeth without feeling a pain which I can only imagine is something close to what you would feel with your brain literally trying to escape the confines of your skull. I borrowed Ivory's car and, swerving through downtown Jackson at 11AM, bought some pills at a Walgreens.

The Backyard Burger on State Street didn't help much either. Thinking some grease could calm me down, I ordered a hamburger only to get halfway through it before evacuating my stomach into a parking space next to the drive thru.

A few hours later, Juco was married and, at some piont, I wobbled up and down the aisle. Hell if I could recall that.