Trivia Question of the Night

Share All sharing options for: Trivia Question of the Night

TRIVIA SOUNDTRACK!  CLICK IT NOW DO IT OR YOU WILL REGRET IT FOREVER!

Q: What do the following Western Kentucky Hilltoppers have in common: 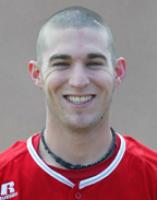 A: Drew "Possessed by Baseball-Satan" Pomeranz struck their shit out. 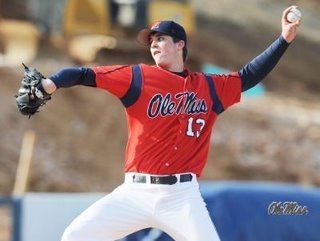 Cool as a damned cucumber.

Tuesday, June 2, 2009 is officially Drew Fucking Pomeranz day.  Rebel of the week my ass.  How about Rebel of 2009 thus far?  I have NEVER seen an Ole Miss ballplayer shoulder such weight and pressure with such poise, consistency, and general badassery.  Drew, tonight my glass is raised high to you, amigo.

Oh, and another thing.  I don't mean to get anybody's hopes up, but a very good source of ours has said that, if everything works out, a certain somebody may play a closer role during next weekend's series against the Virginia Cavaliers.