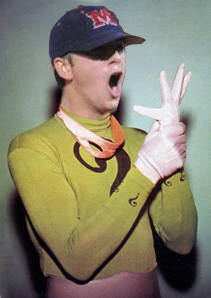 As the game began, scouts lined the concourse behind homeplate to see what Baseball America had anointed as the marquee pitching showdown of college baseball this weekend.  And, Bittle did not disappoint.

From beginning to finish, the Bittler dominated the Kentucky line-up.  He had a career high 13 strikeouts, and he did not walk any batters (hit one).  I crown him SEC pitcher of the week.

The Rebels put together a solid offensive performance and chased Paxton after only five innings.

Henson got it started with a solo shot in the second that was followed by a Mort single that scored Smith and Miller.  In the fifth, Hashman hit a towering two run shot that put the Rebels up 5-0.

In the sixth, a Mort single scored Basham from third.  The Rebels kept piling it on as Matt Snyder entered the game and hit a solo shot.  Later in the inning, a Matt Smith single scored Hubbard who entered to run for David Philips (who walked).

That gave the Rebels their final margin of victory at 8-0 and their first sweep since sweeping #6 Vanderbilt last April.  Now, Ole Miss is 22-8 and 8-4 in the SEC.

This game was about more than Scott Bittle.  It was about the Rebels pulling off a 6-0 week that was absolutely necessary to keep regional hosting chances alive.  It was about a Mike Bianco team looking great on Sunday after taking the first two and getting it done.

Henson started at catcher all three games with Basham finishing the Sat and Sun games.

Matt Smith went 3-4 today and 3-4 yesterday to cap off a great weekend at the plate.

Rebel starting pitching accounted for 23 2/3 of 27 innings pitched over the weekend.

Jake Morgan entered on Friday night and struck out the side to get his second save of the year.  Of his last 24 outs, 23 have been strikeouts.