You assumed, I am sure, that the men's tennis team, ranked #2 in the nation, would somehow sneak into the NCAA Tournament - a fine assumption you have made.  Neither is it surprising that, despite their undefeated SEC ledger and tournament championship, that they were not able to surmount #1 Virginia and rest away the top seed in the tournament.  What you did not expect, but now know, is that the #2 seed in the tournament was not chosen to host a regional.

Despite leading the nation in average attendance and earning its conference's automatic bid, the Rebels were deprived of what is, generally, considered to be a merit-based accommodation.  Not mad yet?  Because of its position in the bracket, when the Rebels make it to the Sweet 16, they will likely face Finals host Texas A & M, the 15th seed in the tournament.  Still need some motivation?  For the first two rounds, Ole Miss will be playing in Baton Rouge. 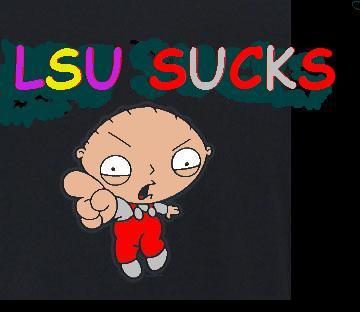 Wondering where to direct your ire?  I know I was, until I found Sybil Blalock, Chair of the NCAA Division I Tennis Committee, whose day is about to get a whole lot worse.  She can be contacted at blalock_sa@mercer.edu.  Or by voice at 478-301-2059.  Technically, she represents "women's tennis interests," but she made the mistake of being chair of the Division I Tennis Committee during the period where that committee decided to piss me off.

Also, if you feel froggy enough to look up more contact information for the people that messed things up so bad, their names are here.  Also, someone named Kristin W. Fasbender is the NCAA Division I Men's Tennis "Contact," whatever that means.  Hassle her by emailing to kfasbender@ncaa.org.  I'm going to email both of them without profanities, but you all do what you feel is best.