Bittler struggles; Morgan gets save

Share All sharing options for: Bittler struggles; Morgan gets save 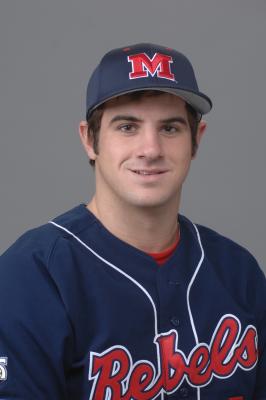 Henson got 3 RBI; two came on a two run dinger

The Rebels went into the rubber match on Sunday with a bad taste in their mouth from a sloppy Saturday.  In the first, the "oh-no" feeling must have come back again.

As I turned the radio on after church, I was disgusted to hear that Bittle had walked 4, allowed 2 runs, and thrown 39 pitches in the first.  However, he only allowed one more run over the next five innings.  The Rebel offense came through with five runs as the Rebels took the series in Gainsville.

Down 2-0 in the third, Jordan Henry walked (his second of four) after a Ferguson ground out.  Then, Henson homered to left field to tie up the game.

Florida scored a run in the bottom of the fifth to close the margin to 4-3.  With two outs in the sixth, Fergie Ferg got a single and proceeded to steal second.  Henry walked again, and a Henson single scored Ferg from second.  That would be the final margin of victory at 5-3.

The travel rule issue came into play as the game only lasted eight innings.   An inning could not begin after 3:30 EDT.  The Gators threatened in the bottom of the eigth with two men on and two outs, but Morgan got the K to preserve the win for the Rebels.

Jordan Henry tied the school record with 4 walks.  Otherwise, he was 1-for-1.

Bittle got 8Ks to bring his team leading season total to 57.

After being plagued with one run losses and blown saves in 2007, the Rebels are now 25-0 when leading after eight innings.

Where do we stand?

Georgia failed to sweep Arkansas in Athens losing Game 3 by a score of 2-0.  This drops them to 13-5 in the SEC, but they still lead the overall race.

Behind Georgia is LSU and Arkansas at 11-6 each.  LSU is currently losing to TN 9-4 in the eigth inning.  If LSU loses, they'll drop to third and tied with us at 11-7.  They hold the tie breaker with us.  If LSU wins, they'll improve to 12-6 and be second in the conference.

Either way, the Rebels are fourth in the overall race at 11-7.

On Tuesday, Rebels are at home with a 6:30 date against Arkansas-Little Rock.

On Wednesday, Bianco's Boys travel to Hattiesburg to make up the rained out game from March.  That will be at 6:30 against Southern Miss.

This weekend, Georgia, who will probably be unanimously #1, will come to Oxford for Double Decker weekend.