The 'Dega-Auburn Swing: How Alabama Gets Weird for Halloween

Share All sharing options for: The 'Dega-Auburn Swing: How Alabama Gets Weird for Halloween

JUCO and I travelled the length and breadth of Alabama this weekend in search of Rebel wins and reasonably cute girl NASCAR fans.  Guess how that all turned out?  A hundred bucks, a decent pair of shoes, and a bottle of Wild Turkey 101 later, all these pictures seem like a distant dream.  Nevertheless, here they are ... 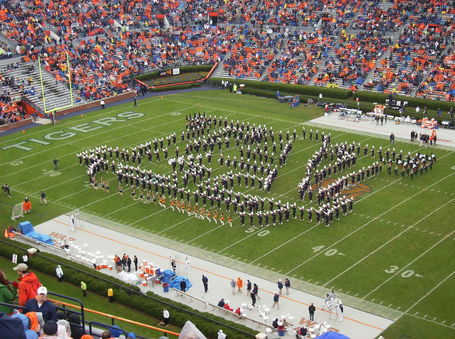 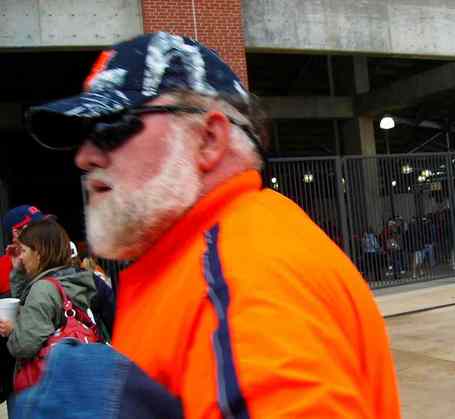 Christmas came early for Auburn, and I think there's an interception return for touchdown in that bag. 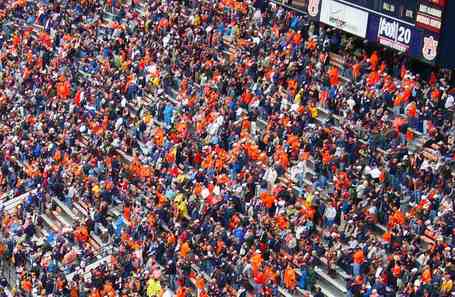 Before the game, neither the Auburn fans nor their purported "Navy Nightmare" were very scary. 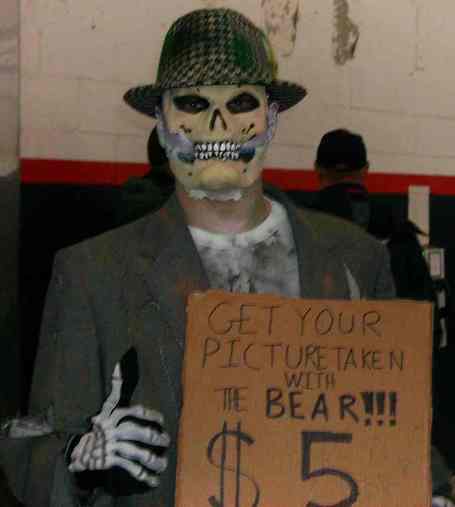 Good gravy!  These people are absolutely obsessed with Alabama. 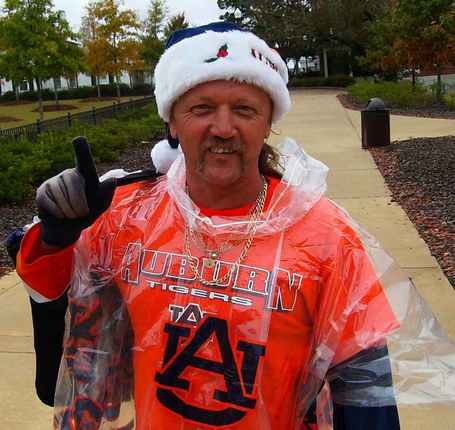 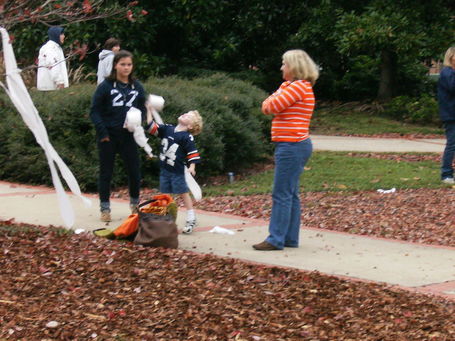 Here we see a young Auburn fan who obviously believes - somewhat legitimately - that he presently possesses all the skills necessary to throw for at least two touchdowns and no interceptions against Ole Miss. 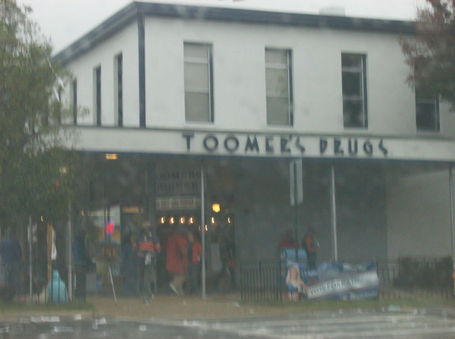 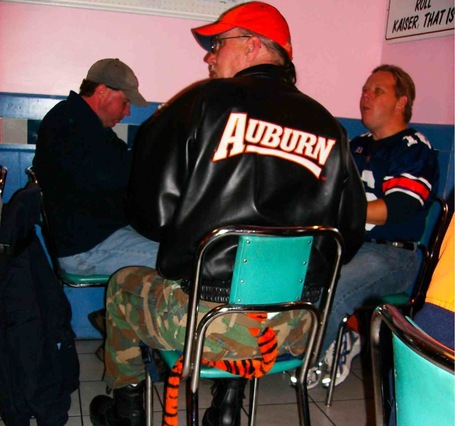 The Auburn fan distinguishes himself from the Rebel by displaying his tail freely and obscenely, as opposed to tucked firmly between his legs. 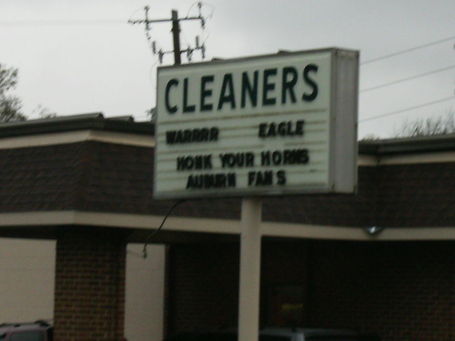 Yeah, we got took there. 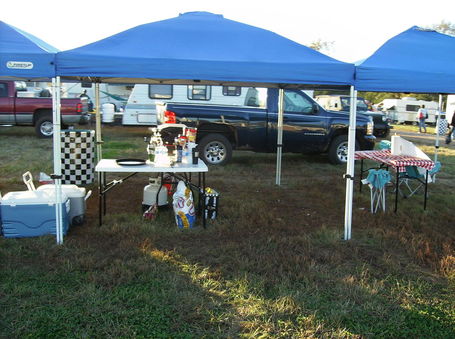 Welcome to 'Dega, baby.  It's like the Grove, but beer is encouraged and sun dresses are replaced with home-modified blue jeans and a perfume called "diminished inhibitions." 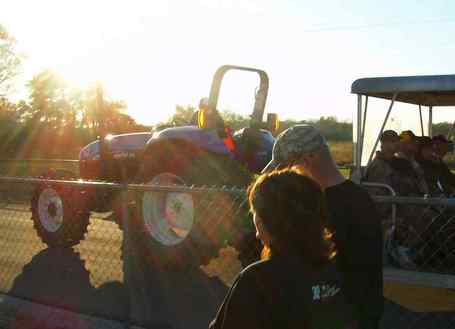 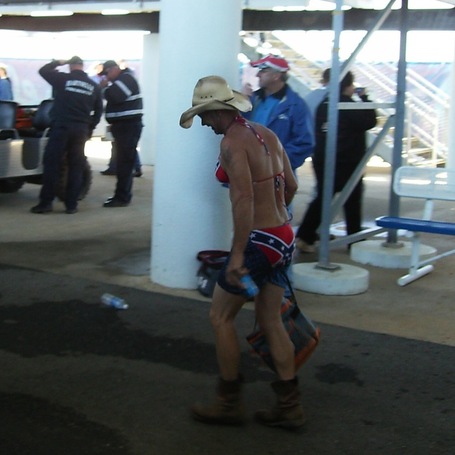 Credible evidence that Halloween and Talladega don't mix.  Wonder if this guy got thrown in the clink under Alabama's flag desecration statutes? 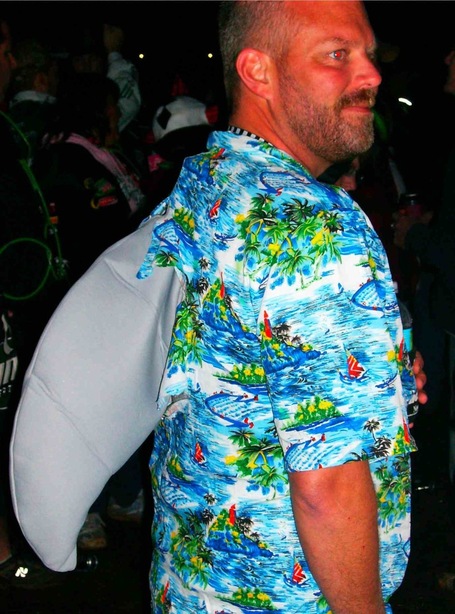 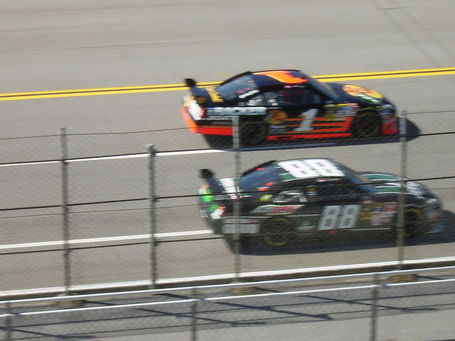 Dale Earnhardt, Junior, shown here in his natural habitat - way behind whoever is leading the race. 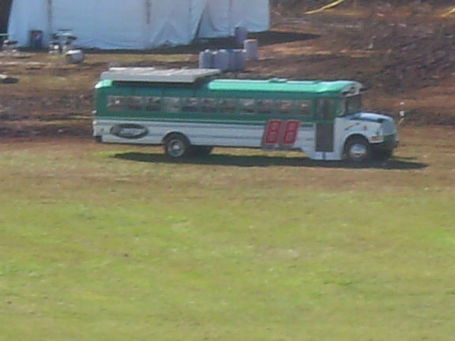 This is either an unbalanced fan or an intriguing prototype for funding public schools. 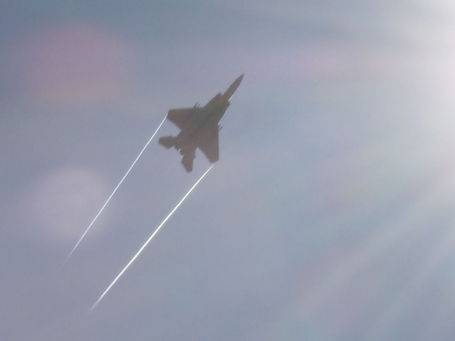 If NASCAR flyovers don't give you a patriotic tingle in your special places, then I suspect you may be a communist - an impotent communist. 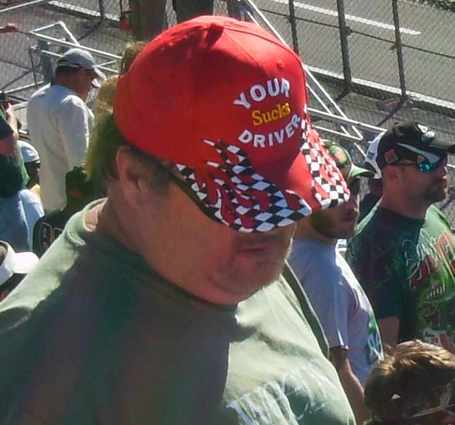 NASCAR is fun because instead of two fan bases hurling insults at one another, it's a 43-way world war of hate.  Except with regard to Juan Pablo Montoya, who brings out the anti-immigrant public policy analyst in all race fans.

The race ended under caution, which was - similarly to the game - a bit of a downer.  Junior ran out of gas, blowing a chance for his first win since before the days of "horseless carriages."  And the Rebels' "best-case bowl scenario" is spiraling closer to Nashville every day.  But, no matter what else happens ... 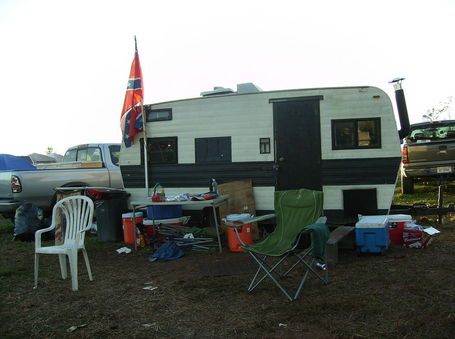