Women of the Opposition: Tennessee

Share All sharing options for: Women of the Opposition: Tennessee

Tennessee, especially in the eastern region, is known for the beauty of the Appalachian Mountains, the fun-itude of Dollywood and the penchant for fine lookin' wimmens at UT.

These sultry co-eds slide into bright orange garb every Saturday to strut in front of thousands of UT men dressed in orange checked overalls.

Let's delve further into the geographic wonder that is the wimmens of Tennessee.

We can start at the top with a transplant, Lane Kiffin's wife, who has received numerous recognitions in the blogosphere for being the hottest wife in the SEC. Congrats, you mostly beat out women over the age of 50. 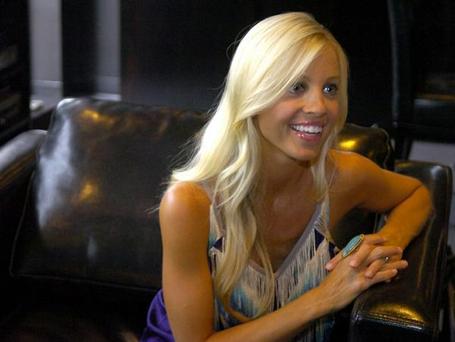 Girl, you got too many teeth to be living in east Tennessee.

Then you have these two ladies who are obviously fanatics of Tennessee football. Oh, that's their mascot? Could've fooled me... The B-52's called and they want their hair back. 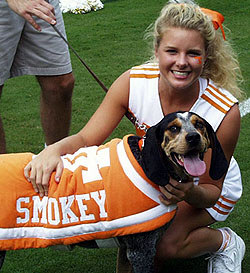 Here's a few broads(probably what they were called when they were in community college in Knoxville). 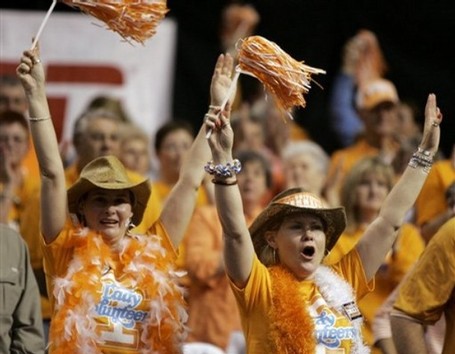 Then there's this beauty who accused "a tall black man" of attacking her during the recent presidential campaign. But she made the whole thing up. She later revealed she worked for John McCain's campaign. At least she's already wearing orange when she shows up at jail. We host prez debates, btw. 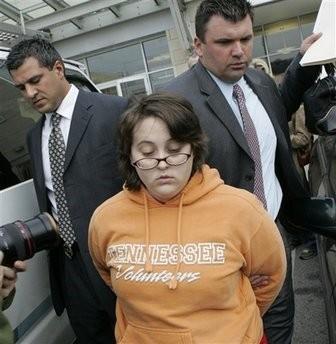 JORTS!! Probably the nicest pair I've ever seen though. 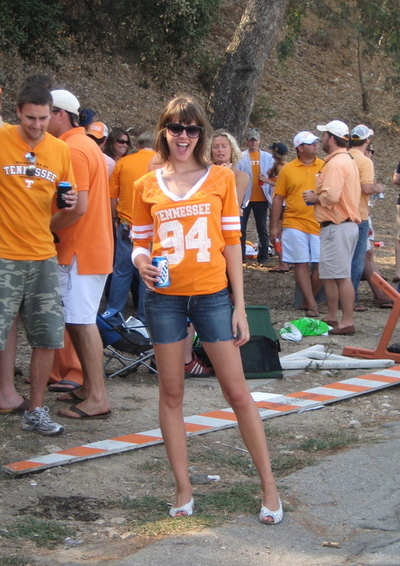 Tennessee wimmens do love their football, though. 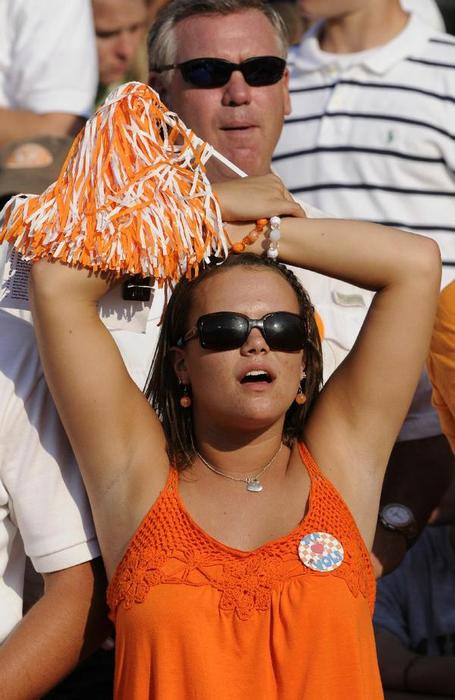 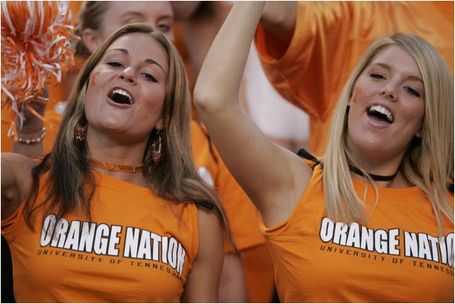 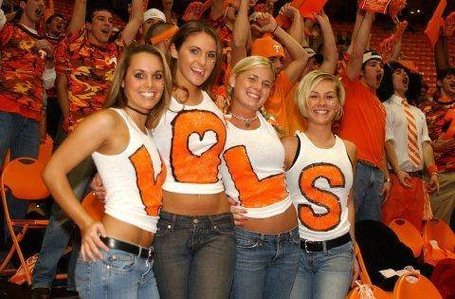 But there's only one sport that truly matters at UT. Seriously, football players, you don't hold a candle to this woman. 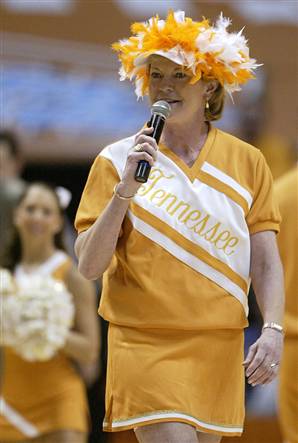 We know you have more, better examples of UT wimmens. Share and enjoy, Cuppers.