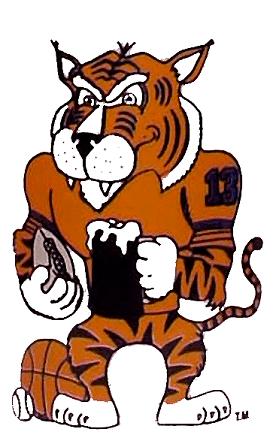 Really? Are you really reading this?

Last week, I predicted that Arkansas would beat us by three. Yeah. My credibility is gone I guess. I didn't realize that we would do to Arkansas what Ed Norton's character does to the car thief in American History X. Yeah. Teeth to the curb, Fayetteville.

Anyway, if you've decided to continue reading, you're in for a treat. I'm excited about this game.

Read why after the jumpity.

First, I think it's imperative to discuss the fact that Auburn's defense is having a lot of trouble stopping teams right now, and I'm talking about teams with offenses that are, at least, on paper, even worse than ours.

Sorry... it's time for statistics. Try to read them. They're pretty solid.

But yardage isn't all that matters in football. Let's look at the point totals Auburn has given up in their past three games as well. Ole Miss is 33rd in that category on the season. That's not bad anyway, but let's look at how the other three teams are ranked in relation to what they produced. Arkansas ranks 22nd in scoring offense, averaging 32 points per game, and they scored 44 points against the Tigers. Kentucky ranks 69th with 27 points per game but was only able to score 21 points, all of which came on offense. However, you have to realize. To be a strong defense, Auburn has to do more than hold Kentucky to six points fewer than their average on the season.  LSU ranks 83rd in scoring offense, averaging only 24 points per game, but their 31-10 drumming of Auburn was brutal. Sure, 31 points isn't many more than 24, but in comparison to the 3 points they scored against Florida or the 20 they scored against Georgia, it's rough. All this is to say that Auburn has only out-performed the opponents' average once in three weeks. If they don't outperform the Ole Miss average, 31 points per game, they'll lose big.

Auburn performs admirably against the pass, ranking 33rd in that category nationally. The reason for these struggles lies in their run defense. The Tigers of Alabama rank 89th in that statistic due mostly to their struggles at linebacker. You thought our linebackers were a weakness. You haven't seen Auburn play. Arm tackles are the name of the game for the Tigers, and it doesn't appear to be improving. Arkansas, who ranks 93rd in rushing offense, racked up 221 yards on the ground against the Tigers. Kentucky, who ranks a stellar 26th in the country with 186 yards rushing per game, managed 282 yards rushing in Auburn. Auburn kept LSU's rushing offense, ranked 89th in the country, near their season average of 125 yards. The Rebels rank 44th in the country in rushing offense, and I would expect Brandon Bolden to have his first really big game of the season.

So yeah. Auburn's defense isn't too good. I think a lot of that is probably due to the fact that they're on the field so much because of the no-huddle, but some of it is just due to poor execution. Face it. This is not a Tubberville-coached Auburn team. They're not disciplined, and they don't wrap up well.

As for Auburn's offense, they have totally fallen off for the past three weeks. Auburn was able to put up only 370 yards against an Arkansas team that's young and inexperienced. They also turned the ball over three times, a recipe for disaster when your defense isn't playing well. They played worse against a poor Kentucky defense, managing to put up only 310 yards. Auburn only found 193 yards of offense against LSU. Yeah. 193 yards.

Jevan will slightly regress in terms of output, but I also think he'll only turn the ball over once. Brandon Bolden and Dexter McCluster will run through the line a ton, and the stretch play will be very good to the Rebs around the outside.

On defense, Hardy and Lockett will hit Todd a good bit and fluster him. He'll throw a few passes that he shouldn't, and our defense will get the turnovers we've needed all year long.

Rebels by thirteen. Thoughts? Predictions of your own?