SCENE:  The Fox News Studios in downtown Manhattan, shortly after 9:00 a.m. CDT.  Well-dressed anchors are asking tough, relevant questions among each other like, "Should President Obama go through with his plan?" "Are higher taxes appropriate?" and "Bob, can you tell me how to pronounce the name of that dude from Afghanistan?"  There is a smell of fresh-baked pastries and oil money.  A slender woman of about 35 walks confidently into the room.  She lets her hair down, takes off her sunglasses, and sets down her "SOCIALISM IS REAL" picket signed (the word "SOCIALISM" is illustrated so as to appear as if blood is dripping from the word) to reveal that she is, in fact, Molly Henneberg, Fox News reporter and 1995 alumna of Vanderbilt University.

A voice echoes through the studio.  It's her producer, a man known only as Lord Evil ...

PRODUCER:  Molly, where have you been.  You are late.

MOLLY:  I apologize, Lord Evil.  I was in the field, carrying out the prime directive.  And I ran into some complications.  There is a body.  A member of ACORN in a dumpster near Broadway and 31st.

PRODUCER:  Excellent work, Molly.  Now, you must prepare for your interview with Houston Nutt, the head fooball coach at the University of Mississippi.  This could be a very difficult assignment, Molly.  As a public employee, Nutt should be considered exceedingly dangerous.  However, as a Mississippian, he is probably a racist, and, consequently, an irrational detractor of The False One. 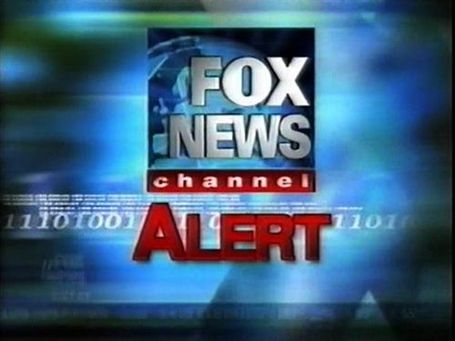 MOLLY:  This is a Fox News Alert.  Is President Obama deploying a secret strategy to destroy college football and everything else real Americans, who were not born in Kenya, hold dear?  We're live with the head football coach at the University of Mississippi, Houston Nutt.  Coach Nutt, you work with young African Americans on your football team.  Do you talk to them about how President Obama isn't really black, but is, in fact, an illegal alien, possibly from space?

MOLLY:  Fair point, Coach.  I'll give myself the last word on this.  B. Hussein Obama has never produced a birth certificate proving that he was born in the United States or even on this planet.  Until President Obama can prove that he is an Earthling, it's clear to me that his presidency is illegitimate.  Moving on, Coach Nutt, it says here that your Rebels - nice name, by the way - are playing Vanderbilt this weekend.  Coach, why hasn't the rest of the SEC shared with Vanderbilt their magic potion that temporarily gives great athletes the ability to pass the SAT?

HOUSTON:  Well, now, Molly, I'm gonna have to take issue with your point there about the magic potion.  I've never even heard of such a thing.

MOLLY:  OHMYGOD, breaking news just now out of New York, Head Coach of the University of Mississippi Football team Houston Nutt has alleged that the upper administration at Ole Miss has engaged in a multi-year clandestine effort to cover up their use of a magic potion that allows fantastic athletes to pass the SAT; this potion that they have not shared with Vanderbilt.  Coach Nutt, what made you decide to reveal this potentially damaging fact in a Fox News exclusive?

MOLLY:  BREAKING NEWS!  An anonymous top official at the University of Mississippi is unable to answer concrete allegations about the magic potion that is going neither to Vanderbilt University nor to our nation's elderly.  We have with us Houston Nutt of Ole Miss.  Coach Nutt, have these startling investigations shaken your faith in the Obama Administration or caused you to consider forfeiting the game this weekend in Nashville?

HOUSTON:  Those two things really don't have anything to do with one another.  Where the heck is Shepard Smith?

SHEP:  BREAKING NEWS NOW FROM MANHATTAN!  Fox News has learned that Fox News Reporter Molly Henneberg is, in fact, Queen of the Robots.  Henneberg, who received what many must be questioning now as an illegitimate degree from disgraced Vanderbilt University, will shortly be described as "hating football, Jesus, and supply-side economics."  Coach Nutt, this is Shepard Smith, would you agree with me that Molly Henneberg hates football, Jesus, and supply-side economics?

HOUSTON:  Well, Shep, I guess if you say so.

SHEP:  BREAKING NEWS NOW, I'm Shepard Smith along with my co-host Houston Nutt, former head coach of the University of Mississippi Rebels, and now Fox News Robot Analyst.  Coach, what do you make of reports that Molly Henneberg has been dethroned as Queen of the Robots and is now just a common robot?  Do you think it has anything to do with her being dysfunctional and crazy?

HOUSTON:  Shep, I understand the irony of what I'm about to say, but ... this is all kinda crazy.  Can I just say that we're not worried about the rankings, that Vanderbilt is a good football team, but we hope to beat 'em and get back home to play Alabama?

SHEP:  Hotty Toddy!  Thanks to Fox News Robot Analyst and Presidential Candidate Houston Nutt for being with us.  Thanks, Coach Nutt!  Beat those Vanderbilt Commies.  Hey, commies!  Obama should've gone to Vanderbilt!  HA!  When we return, startling new reports that everything that just happened was totally made up.  We'll have Keith Olbermann from MSNBC's "Countdown with Keith Olbermann" on to tell us why he thinks that Colonel Reb and Dick Cheney are the same person.