Women of the Opposition - UAB

Share All sharing options for: Women of the Opposition - UAB

OneManToBeat would normally do this, but he has become disgusting and lazy.  He will quip back at me and say "look man I work for a living," to which I will reply "oh really, then why have you the time to spend 90 minutes drunkenly jabbering with me, WW, Godfrey, and Rebel Chuck?"  STRAW MANN'D BABY!  Anyway, I'll handle WotO this week because I know a lot of y'all, especially girls, really like this segment and I would hate to let anyone down.

So, I've learned that UAB has some legitimate talent.  In my Googlin' I can't say that I found anything too terribly hideous of which to make fun.  I guess that's why the Blazers respect their women to the extent where they need to boast of their respect. 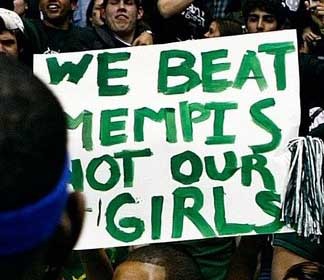 While we Rebels have good lookin' gals--3 of which have been named Miss America--UAB ain't exactly chopped liver; hell, they've even got their own Miss America.  Deidre Downs, Miss America 2005: 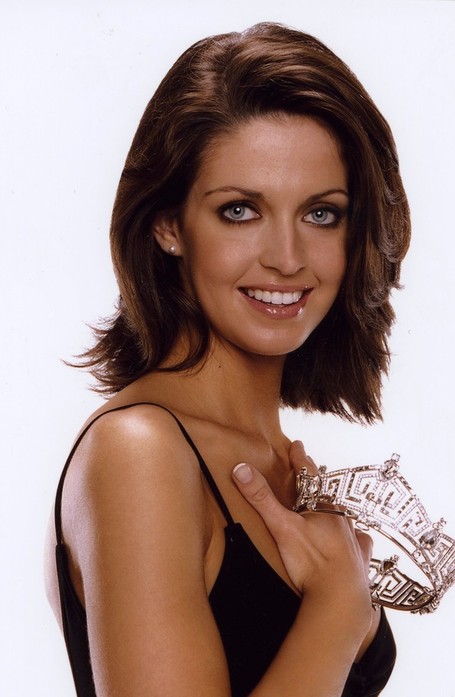 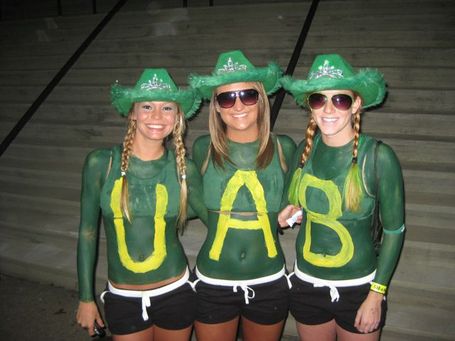 I like the braided pigtails.  I'm not necessarily down with the coloring of the tips, but it's your hair, B-Belly-Chick. 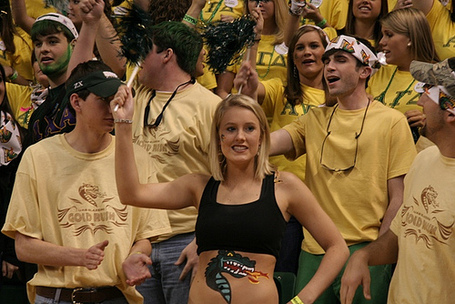 Let's hope that dragon isn't permanent.  I'd hate to see what a pregnancy or four could do to a tattoo like that. 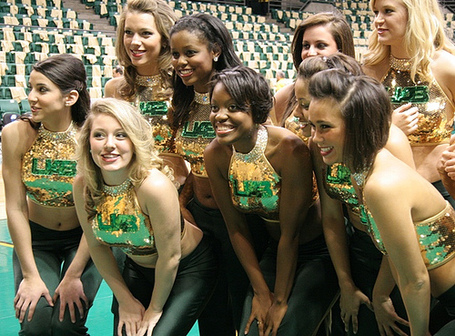 UAB's dancers are called the Golden Girls which, counter intuitively, are hardly old and prune-skinned. 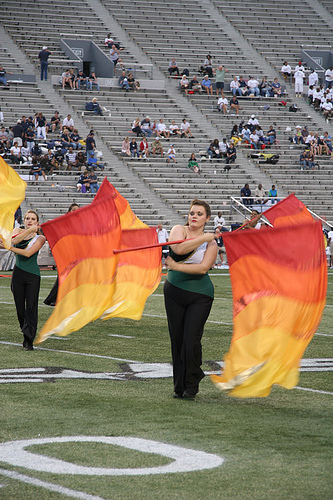 Of course, they can't all be perfect.  At least there weren't but 300 folks in the stand to see this.

If you've got your own, share.  I didn't want to spoil all of the fun.