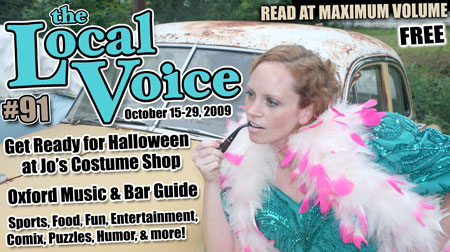 Whether we are willing to come to terms with it or not, this weekend will mark the halfway point of the Rebels' regular season.  As the clock ticks down against the Blazers of UAB, six Rebel football games will be in the book with exactly six more to go.  Where we are at this halfway point and where should we expect our Rebel football team to be in another month-and-a-half both rely on a lot of factors.

First, we have gotten the only sure thing out of the way; namely, we have played the juggernaut that the Alabama Crimson Tide has become under Lord Nick of Saban the Resurrected and Merciless.  We lost.  It wasn't fun.  But that's behind us now and the rest of our schedule consists of teams and players which are almost as enigmatic as our Rebels.  Let's take a look, shall we?

This week, it's the Blazers of UAB.  Aside from a pummeling at the hands of a mediocre Texas A&M squad, UAB has looked good.  True, they do have three losses, but two of them were painfully close.  Still, one has to believe that our defense will be more than capable of keeping the Blazers from scoring too often.  If-and, sadly, this looks like a big "if"-our Rebel offense can rediscover the identity it possessed last season, we should win this one handily.

Next, the Arkansas Razorbacks.  Currently at 1-2 in SEC play, just as our Rebels, the Razorbacks have proven that they can play very well offensively against teams which play defense poorly.  They lost a narrow shootout to the Georgia Bulldogs, giving up 52 points while scoring 41 of their own a week before only scoring a single touchdown against the stifling defense of the Crimson Tide.  They did hand an unproven Auburn squad their first loss one week later, but that game did more to answer questions about the Plainsmen than it did for the Razorbacks.  The Rebels can win here, but it will be close.  If Snead and company can take advantage of the weak Arkansas secondary, the Rebels will win.

The Auburn (Paper) Tigers come one week later and, just as with Arkansas, have proven that they have difficulty scoring against teams with talented defenses.  Furthermore, Auburn is giving up an average of 27 points a game thus far.  Wow.  The Rebels should win this one but, as the game is on a Halloween night in Auburn, I wouldn't bet on it just yet.

Northern Arizona and her Lumberjacks come to town the next week.  They will lose to the tune of 50-something to 3.  Next.

Tennessee is a team which, get this, the Rebels have never once defeated in Oxford.  Back when the games were played in Memphis or Jackson, the Rebels took the Vols, but never in Oxford.  Up until a week ago, I would have assured Rebel victory here.  However, the Tennessee offense, which previously looked as inept as any in the SEC, scored 45 points on Georgia in an absolute rout.  Giving up only 19 points a game, the Tennessee defense is as powerful as the Rebel defense.  This one will come down to quarterback play.  Does the Volunteer's Jonathan Crompton play like he did against UCLA, or Georgia?  Does our Jevan Snead play like he did against Alabama, or Texas Tech?  If you know the answer, then you can surely predict this game's outcome.

In a match of the two previously most overrated #4 teams in the nation, the LSU Fightin' Tigers will descend upon our fair hamlet and university in the final Rebel home game of the season.  As it stands now, this looks like everything previously said about Tennessee could apply here.  Both teams have shown excellent defensive prowess while flopping around like fish out of water on offense.  Whichever team puts it together offensively by this point of the season will win this game.

So, as unfortunate as this sounds, the season is as unpredictable as ever.  The Rebels could finish 6-6 and be denied a bowl berth or-and yes, this is a legitimate possibility, despite the wishes of our detractors-the Rebels could win out on their way to a 10-win regular season.  I know that the latter is hard to fathom after having watched Alabama draw and quarter our offense, but we have the talent necessary to do so.  The question is whether or not we actually will.

Realistically though, the answer lies somewhere in between.  Remember, our Rebels won only eight regular season games last year.  A nine or ten win season is actually an improvement whereas an eight win season would actually be a pretty good example of a team maintaining consistency.  Once again, the sky is not falling.  There is a lot of football to be played and very good things can still happen.  Get excited.