Check out the PDF by clicking the image. Our nitwitted bit is in text below. If you grab a paper copy in Oxford or download the PDF you'll see that Michael Ikea Chandler (to our surprise) completed our column with an illustration. 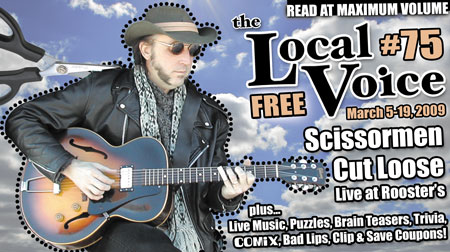 Being an Ole Miss fan will make you a religious person.

Sure, if you’re a member of the Rebel congregation you are likely a product of the nation’s most religious region and are likely to frequently darken the door of your local house of worship, but that’s not what I’m talking about. I’m not talking about that religion with all of the stories about Israel, guilt, and fancy Renaissance paintings. I’m talking about whatever religion the "sports gods" are the deities of.

Yes, sports gods. The group of immortal, amorphous beings who strive to bring justice, balance, and heart-twisting irony to the fields of athletic combat.

I don’t know what to call it, but this religion has it all: legends/myths/tales, rituals, reverence, confusion, and congregational behavior. If you, the sports fan, do not find what we all see every single Saturday from September to January to be a spiritual experience of sorts, then you’re just not paying attention.

Oh yes, there is something magically ethereal about all of this, and the roller coaster of emotions that we Rebels are experiencing right now offers more evidence to support this than any cleverly written apologetic (that way too many people have as one of their "favorites" on Facebook) could ever hope for.

Consider the following: It is certainly an incredibly exciting time to be an Ole Miss football fan. We have All-American caliber talent on the field. We have a well organized, dynamic, and accomplished coaching staff. ESPN loves us. And, most importantly, we are winning football games...You know, against other teams!

Of course, with this joy must come the soul-crushing agony of Ole Miss Basketball and Baseball. Once favored to compete for the top divisional spot in each, both of these teams simply haven’t shown that they’re as good as many would have hoped. With basketball, we lost three of our team’s most significant players to injury, suffered through the embarrassment and speculation caused by our head coach’s behavior, and then did silly things like beat Kentucky and Tennessee before losing to Alabama and Auburn. Our football success was too much for the sports gods, and our basketball team was made to suffer.

In seeing this, we naturally turned our attention to the young baseball season. Having grown accustomed to seeing competitive, relevant baseball teams take Swayze Field during the spring and early summer, we were all hoping for great things. Ticket sales skyrocketed, our preseason press was as good as it has been, and a great majority of Oxford/University Stadium’s renovations had been completed. Baseball season was on and we were anxious to see our Rebels make us proud once more.

Then they lost to Mercer and South Alabama. At least the sports gods had the decency to cash in a few favors upstairs and have somebody drop snow all over our TCU series to spare us the embarrassment.

Let’s be frank, this could become the most disappointing season we’ve seen on the diamond in several years. As Rebels, this is the price we must pay for football success. Baseball and basketball have become the sacrificial lambs upon the altar of Cotton Bowl victories.

Regardless of whatever it may be, we’re damned guilty and the sports gods are enacting their swift, painful wrath.