Rebs find their bats in the 11-3 victory over UCA

Share All sharing options for: Rebs find their bats in the 11-3 victory over UCA 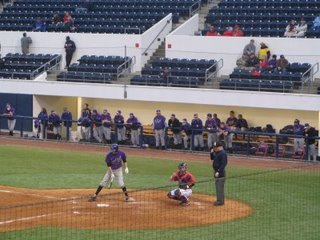 One change in the stadium is the fence protecting the dugout. This should keep more balls in play. 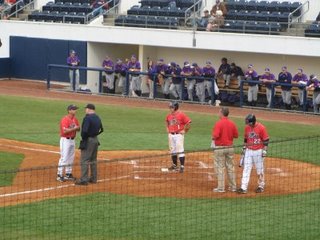 Logan Power was obviously hit by a pitch with the bases loaded, and the umpire did not agree. Mike Bianco was pissed. Power proceeded to hit a single that scored one. 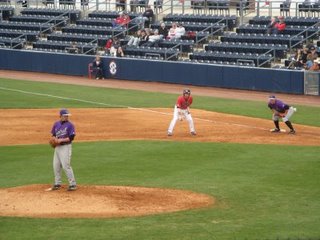 We totaled up 11 runs on 15 hits, and we only committed one error defensively. Brett Bukvich (1-0) got the win as he worked five innings, and he only allowed one run! After Brett came out, McKean, Corrigan and Park all got a taste of action on the mound.

One thing that the Rebels did today was string hits together and score in bunches which is something they lacked this past weekend in Mobile. If the bats stay hot, this weekend's match up against TCU looks a little less daunting. One Man to Beat will have the TCU series preview up on Friday.

-Kevin Mort looked a lot better at short today as he made an incredible dive to stop a ball from going into the outfield. He also had two hits.


-Kyle Henson got his first start at catcher today, and he looked serviceable. I saw one hit of his, and I am unsure of his total stats.

-Jordan Henry might not have a very high batting average, but he gets walked A LOT. So, his on base percentage is high which is the point of being first in the order anyway.