In case you didn't know, the Ole Miss basketball team is victim of a rash of injuries not seen since Tonya Harding was skating in the Olympics.


We've heard it through our sketchy media sources that Zach Graham is out for the remainder of the season with a torn patella tendon. If this is true, we'll have Patrick Spach getting some serious minutes very soon. No offense to Spach, he filled out some minutes on Saturday without making the game any worse than it already was, so kudos to him.
Murphy Holloway told David Brandt at the Clarion Ledger that the game was "a total abortion." Well said Murphy, but at least this abortion was in the second trimester of the season, making it legal in most states.
Terrico White is the future of Ole Miss basketball, and Saturday showed why as he dropped 22 points on the Tigers with the next closest Rebel player coming in at 10(that'd be Holloway).
I'm already looking towards next season for basketball. This season is a chance for growing young players, and we'll probably get heckled somewhat mercilessly for the next couple months.
The Rebels now stand at 10-7 (1-2 SEC) with 13 games left to play. Here's what the Rebels have left to play: 7 games on the road including all of the SEC West teams, Vandy and South Carolina. If we win more than one of those seven road games, I'll be impressed. Coming to Oxford, we have Tennessee(loss), Kentucky(loss), Georgia(win), Auburn(win), Alabama(loss) and Mississippi State(loss).
A mighty 13-17 record and a quick exit from the SEC tourney in Atlanta plus the drama from Kennedy's trial shortly after the season makes for an exciting spring for the roundballers. 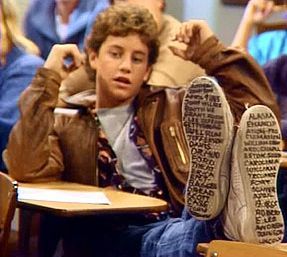 Even one of Mike Seaver's zany, wacky plans couldn't save this team