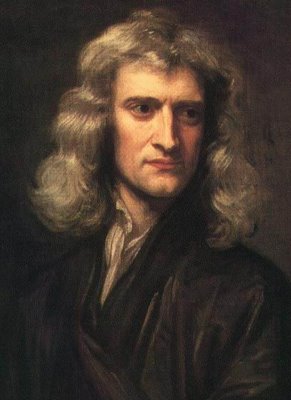 If ye ever discover thyself so braeve as to delve into mine Philosophiae Naturalis Principia Mathematica, ye will not conclude my fascination with one Lord Terrence of Cody to be unusual. For, as a scholar of the most basic physical characteristics of all worldly mass, Terrence of Cody affords me both incredible excitement and luxurie.

Please, allow me, if you could, to explain. In the physical scientificum, "masse" refers to the degree of acceleration a body could acquire when subject to a force. Within this realme, acceleration is the term which describes the changes in velocity over time. In the purest words, we compute this value by calculating the derived form of velocity with respect to time, or equivalently as the second derivative of position. This is, quite natureally, a vectored quantitie.

Ah but, prithee do observe my faire student, I have yet to divulge into the mystical combination thereof: FORCE! Of upmost importance, force is that which can cause an object with masse to accelerate. Of course, the sciences surrounding this "force" are still so premature that a measurable unit thereof has yet to be assigned a proper, noble nomenclature!

Lord Terrence of Cody exploites his victimes through the unmerciful use of one of the most fear-inducing levels of force on the fields of battle. He possesses in a set the powerful combination of masse and acceleration which, as even the most plebian of plebians could observe, would naturally lead to Earth shattering force. Here, read my formulations:

Lord Terrence of Cody therefore becomes, as you vilest of men from the newest of worldes would have him referred in your most peculiare vernacular, "one scary motherfucker." If the words surrounding his desires to remain on the noble fields of Tuscaloosa are indeed of integrous fiber then his myraid of foes ought greatly to fear their darkened fates.

Lord Terrance of Cody, inspiration of the unwashed, huzzah to thee, sire! 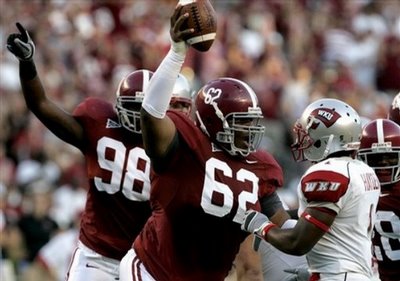 (ed: Cody was a unanimous selection to this poll)