Share All sharing options for: New RSC Poll: Who's crazier?

Friday afternoon will feature some interesting matchups. Everyone will undoubtedly compare Texans Graham Harrell and Jevan Snead; observe Tech's offensive line battle the Rebel defensive line; and debate the merits of the two completely different football philosophies on display. However, no matchup is more intriguing than that of the battle for the "most batshit bonkers head coach" title which will be up for grabs between Mike "Yarrrgghh" Leach and Houston "Giggity, let us pray" Nutt.

Mike Leach shows up at local news stations, has a fascination with pirates, and generally spouts off long-winded yet eloquent diatribes about nothing while staring off into space. He also runs a pretty precisely timed spread.

Houston Nutt gesticulates like a person having hallucinations that they are on fire, shouts incoherently, and has a wacky smile which screams "I'm on barbiturates."

It's a tough decision to make, so I'm leaving it up to you, Cup fans. And, just for shiggles, I'm throwing in a third candidate: 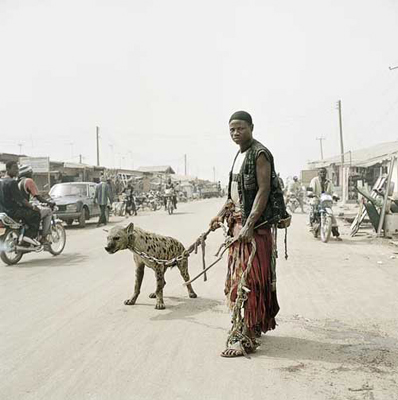 By the way: I know that giving a person three choices to determine who's craziER is technically grammatically incorrect. But, c'mon, this is so a two horse race. Hyena guy doesn't stand a damn chance.