The most recent poll has concluded. For those of you with shorter memories, this poll inquired as to how many sacks our defensive line would have by the Florida game. The winner was three which, beleive it or not, was nearly dead-on. 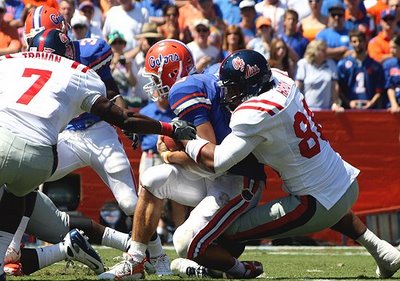 Those are some nice Heisman hopes you've got there, Timmy.


This new poll will run until the picture of Ole Miss' post season hopefully becomes much, much clearer (let's, for simplicity's sake, say 4 weeks). This question is as follows:

Now get your ass (cursor?) over there and vote! Of course, as some of you may have guessed, the next few weeks of this blog will see a fair deal of hog slop so ignore the inevitable fact that "Ole Miss won't bowl" will be the poll's "winner."