Who Is This Guy? Chris Evans

Share All sharing options for: Who Is This Guy? Chris Evans

If you answered "The Human Torch," then you'd only be half right. The half wrong part is Sophomore Running Back Chris Evans of Samford. 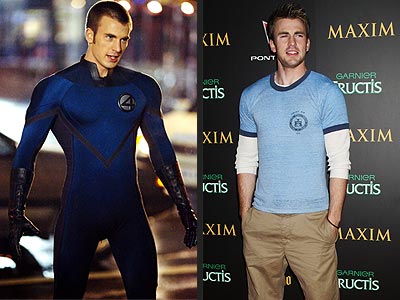 No, not that guy.

This guy, who, unlike his namesake, is unlikely to be copulating with the winsome Jessica Alba. (That link, by the way, is just b-b-b-barely safe for work).

The football playing Chris Evans is the stud for Samford, returning in 2008 after rushing for 1,033 yards in 2007 as a freshman. At 6'2" and weighing in at 218 lbs., Evans is no Dexter McCluster. He's a big back in the mold of Benjarvus Green-Ellis, who, likely plans to go man-to-man against Peria Jerry and Ted Laurent - or, for our less initiated readers, right up the middle. On the season, Evans has 29 carries for 246 yards and 4 touchdowns.

Samford's last FBS opponent was Georgia Tech in 2007. Not surprisingly, they got super-stomped. Rebel fans should seriously doubt whether Evans will ever even make us nervous. Nevertheless, I, personally, am hoping he has a decent visit to Oxford. The young man appears to have his head screwed on right - he's a scholarship athlete majoring in Pharmacy, so I doubt he brings down the team GPA. So, here's hoping Evans crosses that 100 yard mark. In the 4th quarter. Against the scout team defense.