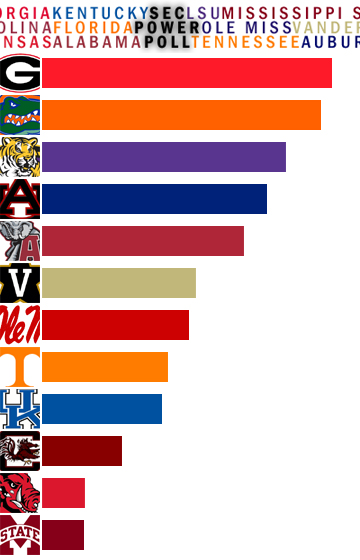 The full breakdown, including comments and points are over at Garnet and Black Attack. Comments involving our Ole Miss Rebels include the following:

Jevan Snead is Matt Jones, Jr. and Ole Miss would qualify as about the third best team in the ACC.--Year 2 (UF)


They outplayed Wake but got screwed by officials and made a few inopportune mistakes. This looks like a good team.--Garnet and Black Attack (SoCar)

Ole Miss ran their offense well, but are still light on defense. QB Jevon Snead has plenty of weapons at his disposal and the Rebels could be a team to watch later in the season.--Mississippi State Sports Blog <--- Made the spelling error. Anyone surprised?*

*We keed, we keed. The Mississippi State Sports Blog is actually pretty well put together.