Share All sharing options for: SEC Traditions: The Best and Worst - Vandy

The SEC has received publicity for the tradition and pageantry that surrounds every moment of the season. Even SEC media days has 'Bama faithful giddy like Corky from "Life Goes On."
We care a lot about our teams and our traditions, and every team in the SEC has a tradition that, deep down, every other team admires or enjoys in some realm. We're starting off with one school that sometimes(see: during football season) represents the butt of many jokes in the SEC, but at the RSC, they have our respect and admiration.
VANDERBILT
Best Tradition: Wealth. The name of this institution says it all: Vanderbilt. Their alumni are loaded and well connected. The great and wealthy Cornelius Vanderbilt started the university with a $1 million endowment while also feasting on Pterodactyl eggs every morning and lighting finely rolled cigars with burning pages of the Dead Sea Scrolls. The Vandy fans I have met at games over the years are also wise enough to see beyond their sub-par seasons and flaccid tailgating and look forward to the years they'll spend on their private island where they live without the rough and tumble world of college football. 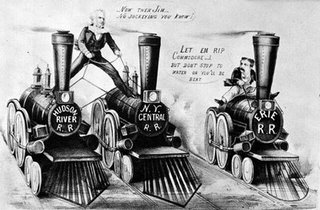 Worst Tradition: The Foghorn. Anyone who has been to a Vandy game has most likely heard the bellowing of this horrible tradition. Wait, let me rephrase that. If you went to a Vandy game where their inept offense actually got the pigskin over the goal line, you have heard this semi-Canadian, definitely not Southern tradition. Okay, I get it. It's like a foghorn on a boat and your team mascot is a boat captain of some sort. Why not shoot off some cannons from a large boat in the end zone? Maybe get an alumnus to give away shares of his company for every point the other team scores, so they'll actually make some damn noise. I'd even settle for showing a clip from the major motion picture "Captain Ron" when "Ron" helps Martin Short's character overcome guerrillas by faking an injury and calling for help below deck.
Vanderbilt, for a SEC school that doesn't even officially have an athletic director, you do pretty well for yourself. A foghorn, wealth and just enough talent to frustrate SEC opponents to the point that makes even the most loyal fan consider selling their season tickets, because in all honesty, a loss to Vandy is pretty much the end of your season.