NCAA 09: A Preview of sorts

Share All sharing options for: NCAA 09: A Preview of sorts

I recently downloaded the demo for NCAA 09 from XBox Live and, after perusing the game, I'm certain this version of NCAA is going to be one of the best yet. Many of the biggest problems with the 08 version, namely the slower frame rate and inexplicable pauses, seem to have been solved and a ton a new features have been added. These features include an "Online Dynasty" mode and the ability to add custom stadium sounds. Yep, that means Hotty Toddy can be a part of your gaming experience so long as you upload some sort of sound file into the game.

The demo only allows you to play with LSU (Ryan Perrillouxzzr is still on the game) or Ohio State so I wasn't able to gauge how good the virtual Ole Miss Rebels are. However, some screenshots of the roster from who-knows-where should help. In addition, this screenshot should give you an idea as to how the Rebels and the southwest corner of Vaught-Hemingway Stadium will appear.

Being as how I only casually played the demo version, I can't give much more than the aforementioned as a part of my "review," so I'll just leave that up to the professionals. This video should also give you an idea as to how improved this version of NCAA will be.

Also, as many of you know, Darren McFadden, everyone's favorite getter of "dat woooooood," is the cover athlete for the XBox 360 version of the game. 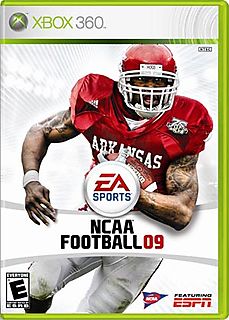 While I most certainly think Darren McFadden is a great choice for the NCAA 09 cover athlete, it would be interesting to see what the cover would look like with an Ole Miss Rebel. Say, I dunno, Jevan Snead maybe. 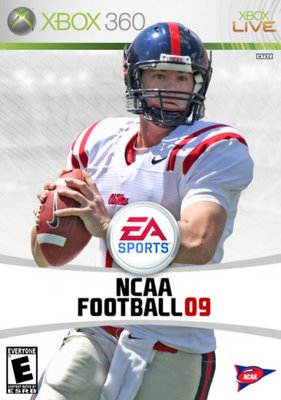 Yeah, like that. I awoke to this gem sitting in my inbox yet no credit was given to the cover's designer. Whoever you are, I'd like to buy you a drink. Seriously. While not legit, it looks pretty damn close and obviously took some time to make. 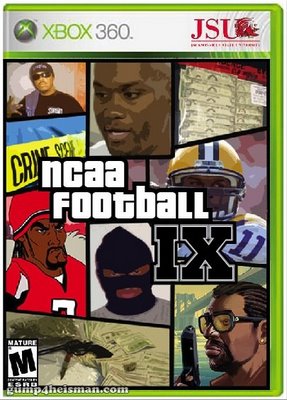 Yeah, I'm pumped about the 15th. Since I've got nothing better to do, I may end up being one of those hapless souls waiting around WalMart at midnight just to get my hands on a copy.