Whenever I take pleasure in someone else's misfortune, I picture little devils like the gremlin from that Bugs Bunny cartoon standing on my shoulder and urging me delight more still.

That's how I feel when bad things happen to former stand-outs at USC (yourself included Ed-O).

I know it's bad, but I just can't help getting that pleasurable tickle in my stomach when I read that Matt Leinart can't quite out-distance the oldest man in the world. 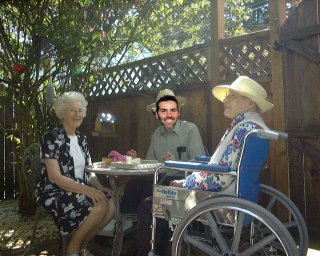 Yeah, it's petty. Sure, it has nothing to do with Ole Miss football. It's probably even a little unfair to Kurt Warner, who is actually only 36. But wasn't this guy supposed to be done? When New York signed him four years ago he was supposed to play the role of more Episode 4 Obi Wan than Episode 3 Obi Wan. If you carry the metaphor forward, he should be ghost Obi Wan guiding some hot-shot from beyond the portals of the tomb by now.

Instead he is reaffirming an age old truth from beyond the portals of Shady Acres Assisted Living Community - attempting the sport of football in the State of Arizona is an irrationally cruel and futile exercise.