Yeah, we can be good at things too

Share All sharing options for: Yeah, we can be good at things too

Yeah, Ole Miss baseball had a great weekend. Believe me. I'm absolutely ecstatic. You know who else had a great weekend? The tennis team, who have now won (that's a palindrome) seven straight SEC West Championships. Even better fact, there have only been seven years of divisional SEC play in tennis. We're awesome.
On Friday, the Rebs smoked Arkansas indoors due to the crappy weather we had all day. Ole Miss easily took the doubles point and proceeded to win 1-2-3 in singles to finish it off. Black lining: Usually reliable Kalle Norberg dropped his match--though it didn't seem to hurt his confidence (foreshadowing).
Sunday brought a much more competitive match against a certain team from Louisiana who had recently taken down Florida who had recently beaten Ole Miss. They gave us one of our toughest challenges in doubles all year with a lights out performance from their top duo. The newly formed, power-heavy team of Wellermann and Poole won on court 2 easily, and all attention turned to Klaeson and Vorster, who rallied back and grabbed the point for the Rebs.
More bad news: The nearly unbeatable Jonas Berg got a stomach bug and had to sit out of singles, so our bottom three were shifted up a slot. Once again, no problem because Kalle Norberg was EVERYWHERE on the court. On numerous occasions, he would barely get a ball (that should have been a winner) and either smoke a passing shot or lob it in right into the back corner for the point. He was unstoppable.
On court 3, the SEC Player of the Week, Robbye Poole, continued his hot streak, though you would never have been able to tell without a scoreboard. Watching his matches, I feel as though he is always losing--even when he's up a set and a few breaks. He will not let you forget any point he loses, but between them he'll win three of four.
Erling dropped his first set 6-1 and nearly rallied back only to lose in a third set tiebreaker. Sure, we wanted the win, but I was just glad to see his fight.
Also playing were Wellermann (who handily won his match on 2), Klaeson (who handily won his match on 5), and Vorster (who dropped his match on 6 to quite a talented freshman). 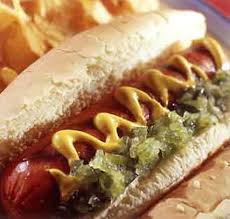 They're giving out free hot dogs. If you hate State as much as I do, please come enjoy a pleasant thrashing before/during the Grove Bowl. Oh, and it's Senior Day. We're losing Tveit, Wellermann, Poole, and Klaeson next year. It's gonna be rough next year trying to replace these guys, but somehow Chadwick has found ways to do it for 20+ years, so I trust him to do it again.